Tears of joy were seen after the Youth Olympic Games Qualifications 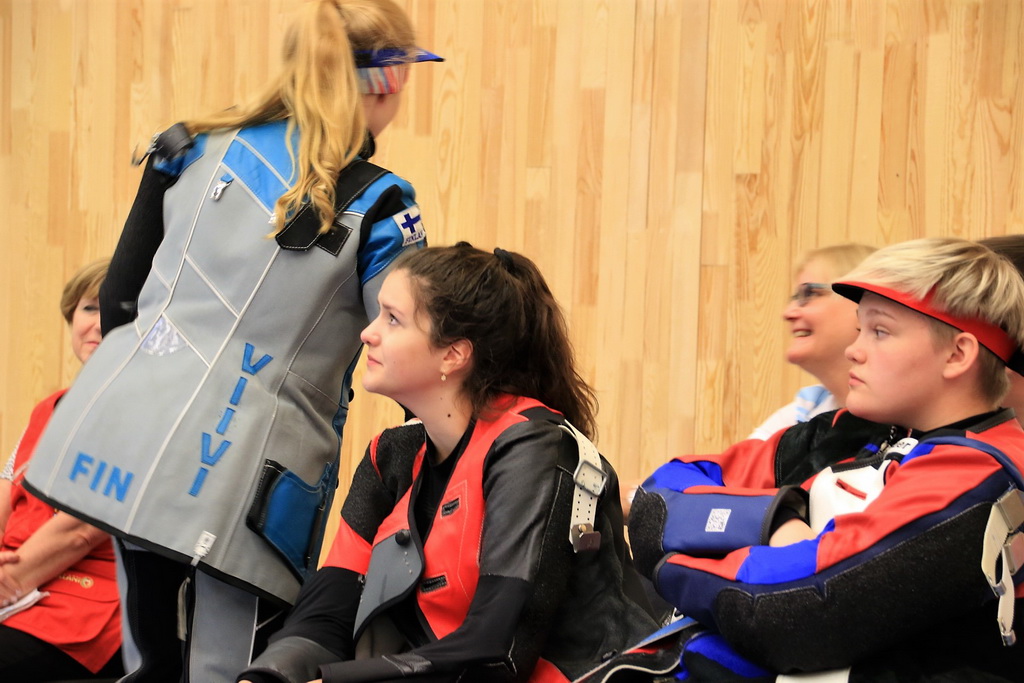 During the seventh competition day it was competed also the 10m Air Rifle Women Youth (YOG) Qualifications in Air Rifle and Air Pistol. The YOG will be organised next summer in Argentina and Europe has six quotas in Junior Women and Junior Men per event. Into the rifle competition participated 34 young athletes. From the Qualification the place for the Finals solved Anna Janssen (420.6-GER), Johanna Tripp (415.0 GER), Viivi Kemppi(414.9 -FIN), Marija Kolarevic (414.8-SRB), Tatiana Kharkova (413.4 – RUS), Polina Bolotkova (413.4 – RUS) and Viktoria Hurai (413.2 – HUN).

From the beginning it was quite clear that this competition will be German duel with Anna Janssen and Johanna Tripp. These two ruled the competition from the beginning to the end. Anna Janssen took the lead after first five shots series but after that Johanna Tripp didn’t give any possibility to take the lead and ruled to the Victory quite easily with result of 249.6. Her difference to Anna Janssen was 1.0 points. The third place took Finnish Viivi Kemppi who jumped from the fourth place to the bronze by shooting 10.3 instead of Marija Zavisic’s 9.8.

While country can have only one quota, lucky ones were Germany, Finland and Serbia.

Later in the afternoon the young pistol women competed also from the Youth Olympic Games quotas. The first quota place was taken by Nadezhda Koloda from Russia who won the Air Pistol Competition before French Camille Jedrzejewski and Italia Giulia Campostrini. All three medallists won also the YOG Quota place for their country. Koloda’s winning result was 232.5, she beat Jedrzejewski 0.7 points. Bronze and last quota travelled with result of 209.9.

“I came here to win and I made it. Not any problems that was my goal. I’m happy. This was my biggest win so far”, answered the young Air Pistol hero Nadezhda Koloda.

To question how you are going to celebrate this was the answer mysterious: “It’s a secret”.