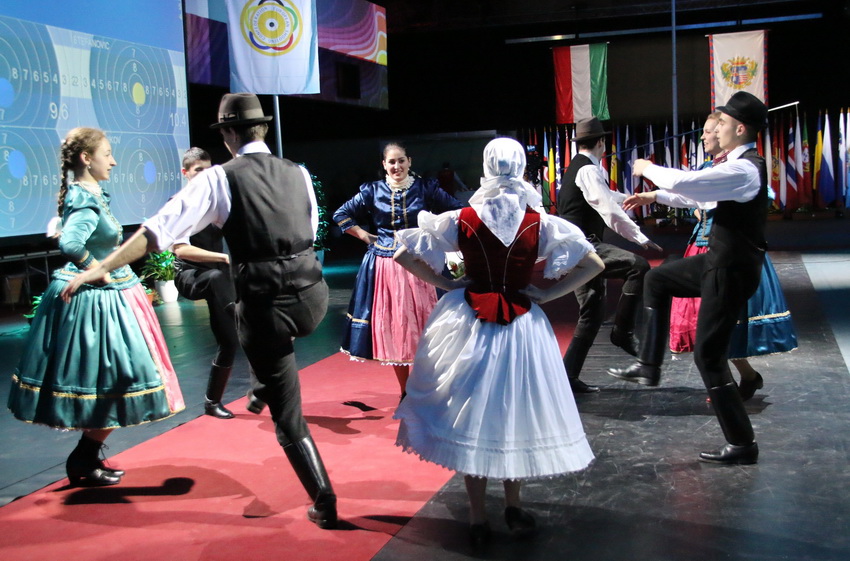 The 10m European Championship was declared officially closed on Saturday 27th of February by the ESC President Vladimir Lisin. The Championship was successful for the hosting country in sports but it was also organized very professionally.

In his closing speech ESC President thanked the Hungarian Federation and its staff and voluntaries for an excellent work.

László Sinka, the Secretary General of the Hungarian Shooting Federation and the 2016 ECH Organizing Committee told that they have worked over two year for the European Championship. He pointed out his gratitude to all the ministries and to the City of Györ who has supported the Organizing Committee. He also reminded that without sponsors and big number of volunteers this event had not been able to organize. He gave his special thanks also to all athletes who participated and did their best during the Championship and made a cheerful sporty feeling.

Before the Rio Olympic Games there will be still two European Championships. The next one will be organized in Tallinn, Estonia, in June – 25m, 50m Pistol and Rifle Junior Championship. During the first two weeks of July the shotgun shooters will compete in Lonato, Italy.