THE 10M EUROPEAN CHAMPIONSHIP 2016 IS OFFICIALLY OPENED IN GYÖR 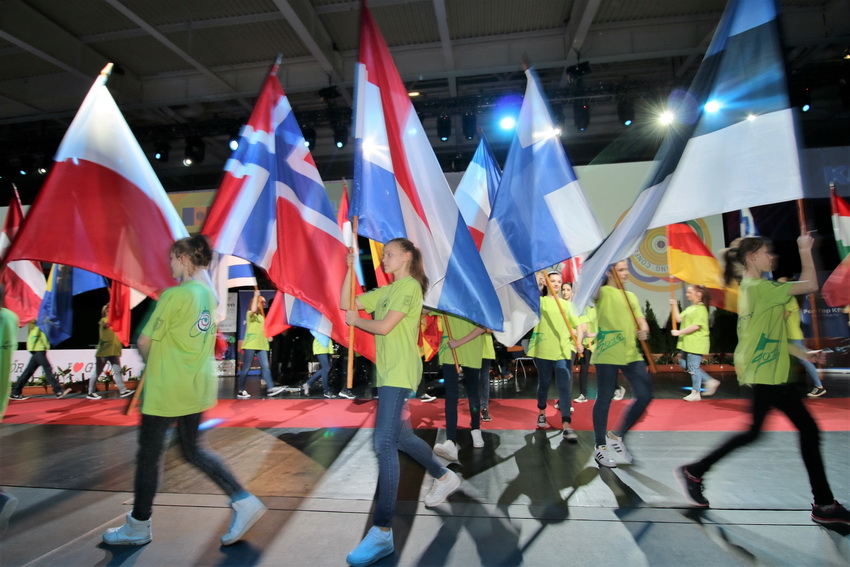 For many shooters this Championship has a special meaning. It is their last chance of winning the right to participate in the Olympic Games in Rio-de-Janeiro. 12 Olympic Quota Places will be disputed here.

It is the first time in the history of the shooting sport that two titles of the European Champions will be disputed in the Mixed Team Events. This format totally complies with the IOC Agenda 2020.

Mr. Lisin also thanked the Deputy Prime Minister Mr. Zsolt Semjén who became the High Patron of the European Championship 2016. He also thanked the Hungarian Shooting Federation as well as the Organising Committee, the officials and all volunteers and all those who contributed to the high quality presentation for the competition.

In the welcome speech the President of the Hungarian Shooting Federation Mr. György Nagy told that the Organising Committee has started this project over two year ago.

- We have tried to do the best, we have the last opportunity to reach to quota places for Rio Olympic. I wish for all shooters much success. In compliance with the traditional Hungarian hospitality, the Organising Committee has made utmost efforts to provide all conditions necessary for an enjoyable stay and indispensable for a high level sporting performance.

The Mayor of Györ, the President of the Hungarian Olympic Committee Mr. Zsolt Borkai was very delighted of the understanding of meaning of the sport in Györ and Hungary generally.

- This city aims to be ’sporty city’ in reality, not just in the slogan. We are trying to endear the sport at childhood with the children and for this reason, we are continuously improving the conditions of the leisure sport, not just the competitive sport. Fortunately, in Győr, there are a lot of outstanding athletes who can be ideals for the youth. Our city is the host of several national and international competitions that helps our children to get to know the athletes and to have desire for doing sports, he mentioned in his welcome speech.

The third welcome speech was given by the State Secreatry of Sports Ms Tünde Szabo. The State Secretary Szabo is also Olympic Medallist in swimming. She pointed out that the Hungary has a long and successful history of Olympic Sport.

- As you know, Hungary has submitted the bid to organize the Olympic Games in 2024. We honestly trust in the success of the proposal, because the principles of the Agenda 2020 have created a great possibility to this small, but regarding to the history of the Olympic Games, one of the most successful countries. If the proposal will be accepted, unconventionally we also expect the shooters to come back to Hungary. I wish also that the successful story of Hungarian shooting history will continue here in this European Championship, but also I wish also that you all do your best and have good success.