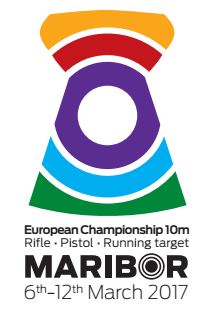 The 2017 European Championship 10m in the city of Maribor, Slovenia, will be broadcasted live on TV. The National Slovenian TV company – RTV Slovenija will arrange the TV production of the competitions and will transmit the signal to the European Broadcasting Union (EBU). This means that the TV companies of all the countries will be able to broadcast the competitions of the best European shooters, in the four 10m individual Olympic events as well as in the two Mixed Team events that have a perspective of becoming Olympic events very soon.

The access to the EBU signal will be possible only with written permission from the European Shooting Confederation (ESC). In order to get such permission TV companies which are interested to access the signal must apply to the ESC Secretariat (esc@escsport.eu) and pay the applicable rates for the broadcasting rights on the territory of their country.