THE 2017 EUROPEAN CHAMPIONSHIP IS UNDER WAY 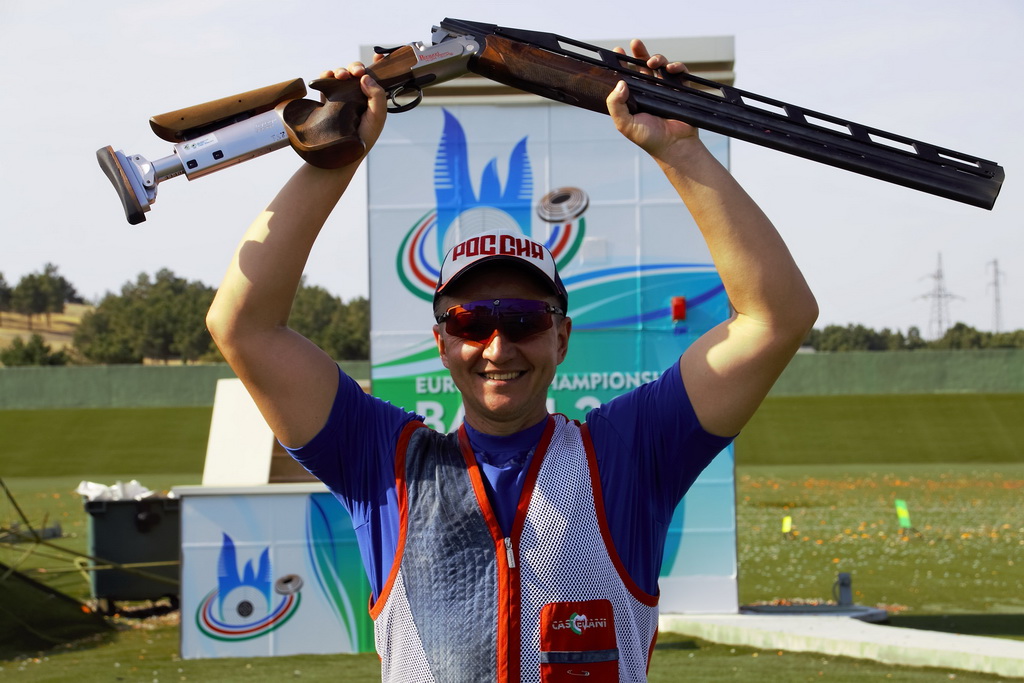 The 2017 European Championship in Baku has started with 939 participants from 43 countries. 1373 starts are expected not counting the gender Mixed Team events in Trap, Skeet and 300m shooting.

The competitions opened with 2018 Youth Olympic Games Qualification in 10m Air Rifle and Air Pistol. 3 Quota Places were disputed in each of event with a maximum of one per country. In 10m Air Rifle the podium was occupied by three Russian athletes – Grigori Shamakov, Alexander Vasilyev and Denis Goncharenko. But two Quotas were won by Dorde Savic from Serbia and Zalan Pekler from Hungary who finished on the fourth and fifth places. In 10m Air Pistol the Quotas went to Nils Strubel from Germany who won the competitions, Kiril Kirov from Bulgaria who was second and to Abdul-Aziz Kurdzi from Belarus who was third.

Pavlo Korostylov from Ukraine has set a new European record in 50m Pistol Men. He won the gold with 230,5 points. The silver medal went to Damir Mikec from Serbia, the bronze – to Lauris Strautmanis from Latvia. The same event among Juniors was won by Robin Walter from Germany. He was followed by Anton Aristarkhov from Russia and Alessio Torracchi from Italy.

The winner of 50m Rifle Prone was Yury Shcherbatsevich from Belarus. In the shoot-off he was more precise than Thomas Mathis from Austria. The third place went to Sergey Kamenskiy from Russia.

In the Juniors category Zalan Pekler from Hungary won the competitions with a new World and European Junior records – 250,6 points. The runner up was Borna Petanjek from Croatia. Cameron Pirouet from Great Britain finished on the third place.

In Double Trap the winner was Vitaly Fokeev from Russia. In the shoot-off he was more successful than Hubert Andrzej Oleynik from Slovakia. Vasily Mosin from Russia was third.