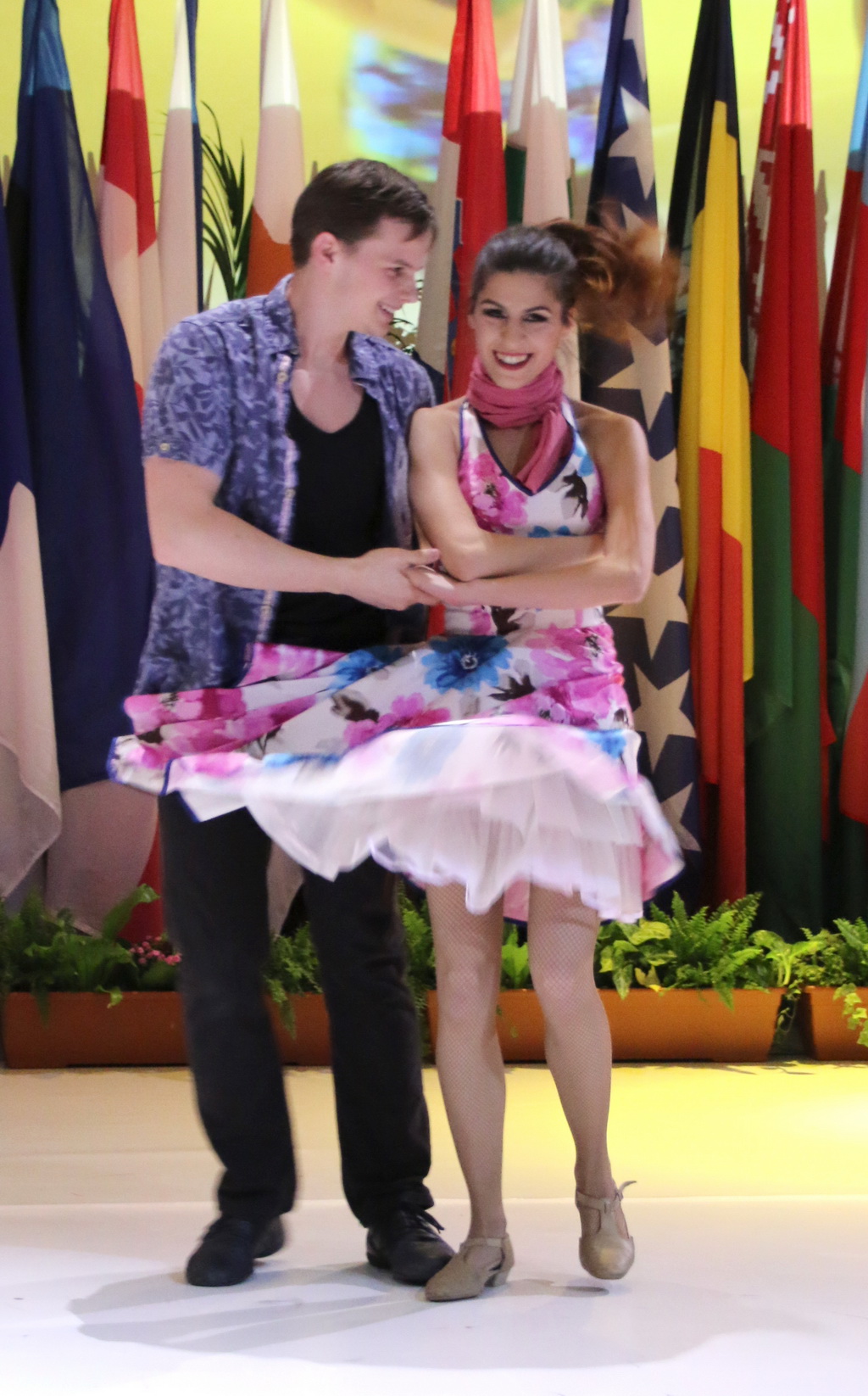 The hosting federation had selected as a theme of the Opening ceremony a beach party. The ceremony consisted of traditional welcome speeches but strong theme was celebrating together. When you will celebrate on beach, it will need good live music and of course dancing. Among the dance and singing performances the audience received greeting and welcome speeches.

The ESC President, Mr. Vladimir Lisin, started his speech by asking: “Did you like the music?”. The answer of the public was a little bit unsure. Then Mr. Lisin asked did you like the dancing performances? The answer from the audience was clearly stronger. But to his third question: “Do you love to be here in Györ again?” he received the clearly strongest applauses and cheering.

In his official part of the welcome speech the President mentioned that these Championships will be very special ones.

This year we have two novelties more.

I want to thank the Hungarian organizers for the wonderful preparation of the Championship! I wish good luck to all the athletes! And declare the 2018 European Championship 10m in Györ open!”