The championship in Suhl ended with new records and shoot-offs 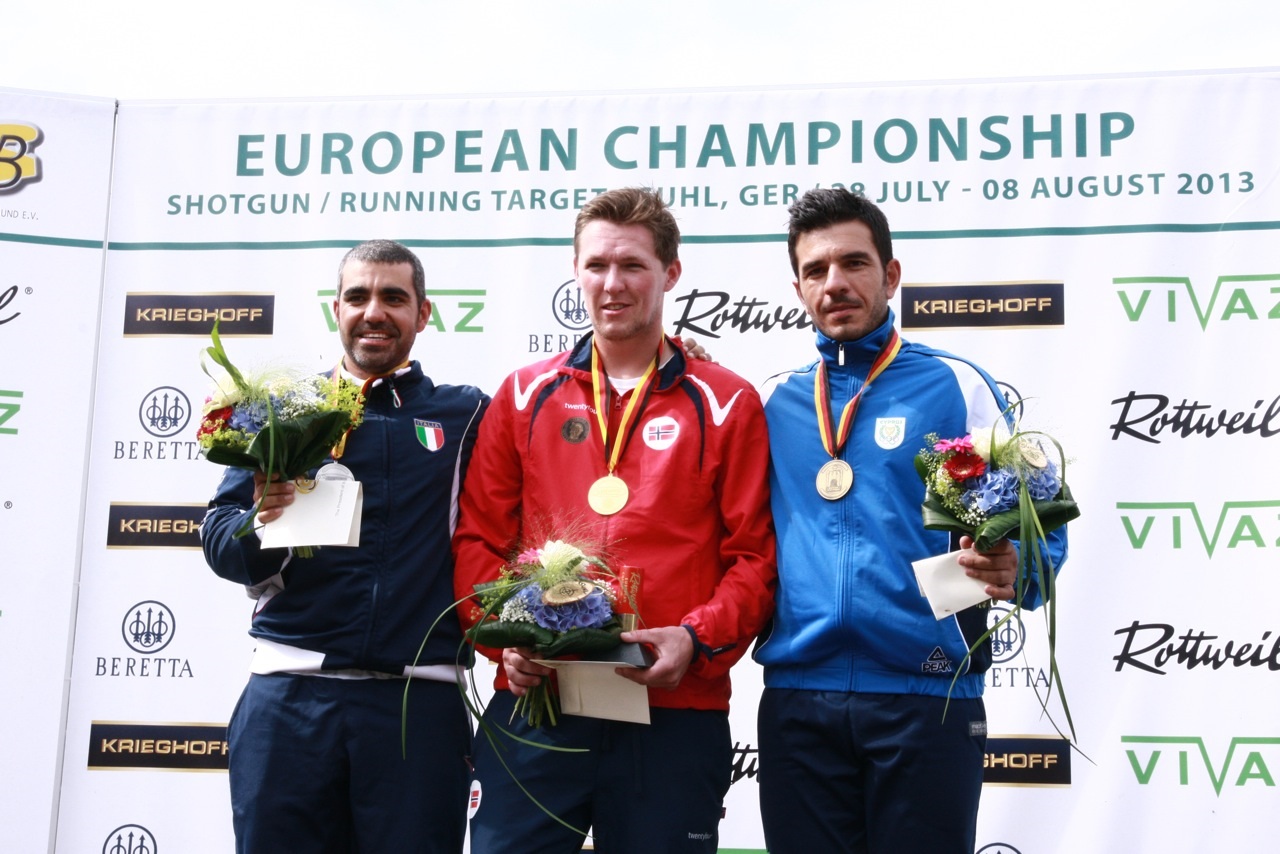 The Qualification of Skeet Men finished with an equalled world and European record made by the Norwegian Tom Beier Jensen with the result of 124 points.

The German Sven Korte (123 points) and Georgios Achielleos (123 points) from Cyprus were another two athletes who went through directly to the Semifinal. Then there were four athletes with the 122 point result. After the shoot-off the following athletes received a place in the Semifinal: Jan Sychra (CZE), Luigi Lodde (ITA), Marko Kemppainen (FIN).

In the Semifinal shoot-offs were needed again for the medal matches. Jensen and Lodde got through directly to the Gold Match with the result of 15 points. Sychra, Kemppainen and Achielleos had to break a tie for the Bronze Match, all receiving 14 points. Korte dropped out of the game with the result of 13 points.

Kemppainen and Achiellos managed to receive 10 points while Sychra received 9 points. So Kemppainen (FIN) and Achielleos (CYP) met in the Bronze Match.

The performance of the Norwegian Jensen was superior when he beat Lodde 15-12 and won the European Championship.

The Bronze Match ended in a tie (13-13), so it was time for a shoot-off again. In the shoot-off Achielleos performed better and defeated Kemppainen 2-1.

In the Skeet Men Junior competition Domenico Simeone became the European Champion beating Nicolas Vasiliou from Cyprus 13-11. In the Bronze Match two Italians met - Tammaro Cassandro defeated Cabriele Rossetti 15-14. In the junior team competition the Championship also ended with a new world and European record of 363 points. The team was comprised of the athletes mentioned above. The victory of Italy was dramatic as it defeated Cyprus (352 points) by eleven points. The Czech Republic ranked third with the result of 347 points.