THE ESC AND SIUS EXTEND PARTNERSHIP UNTIL 2025 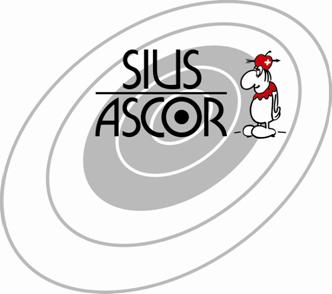 The European Shooting Confederation and SIUS AG extended partnership that started in 1995. The new sponsorship Agreement has been approved by the ESC Presidium during its meeting in Maribor on March 7th, 2017. This Agreement replaces the earlier one from February 25th, 2013, and is valid till December 31st, 2025. Moreover, if not replaced before the ESC General Assembly of 2025, it will be automatically prolonged until December 31st, 2029.

The main goal of the Agreement is to secure the use of SIUS electronic targets for all European Championships. Such kind of cooperation has so far been successful for both parties and has proven that the use of SIUS electronic targets made the shooting sport much more attractive to athletes, officials and spectators. It acquires additional meaning nowadays when the ESC is paying so much attention to the qualitative TV broadcasting of the European Championships.

Taking into consideration the leading role of the ESC in the development and promotion of the shooting sport, achievements of European athletes at Olympic Games and other major international competitions, the Company agreed to reduce the fees that Organizers of European Championships have to pay for its services by 10-20 percent depending on the tournament and starting already with the 2017 European Championship 10m in Maribor.

In addition, SIUS decided to become the title sponsor of the European Youth League – the ESC competitions for young shooters aged 14-18 that involve many countries and culminate with a Final where eight best Pistol and eight best Rifle Mixed Teams of boys and girls take part.

After approval of the new Agreement Mr. Thomas Walti, representing SIUS AG Board of Directors, expressed Company's gratitude to the ESC for confidence in the long-time cooperation and expressed its readiness to further contribute to the development of the shooting sport on the continent. The Presidium pointed out that this Agreement is a good example of how the ESC can collaborate with the industry.

Mutually beneficial cooperation with the industry is one of the current goals of the ESC. In order to move in this direction the Program of the XXVI ESC General Assembly that will take place in Baku, Azerbaijan, includes the Round Table with the industry. All interested companies are invited to take part in it.