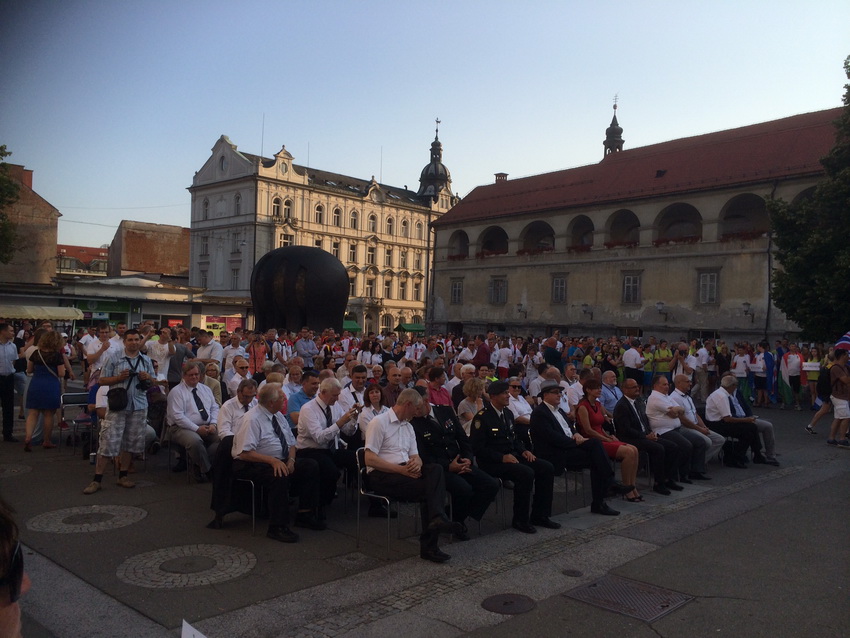 The XXV Ordinary General Assembly of the European Shooting Confederation has successfully taken place in Ljubljana.

The delegates approved reports of the President (here), the Presidium (here), the Treasurer (here) and the Auditors (here). They also accepted the Bulgarian Shooting Union and the Shooting Sport Federation of Kosovo as new ESC Members.

A lot of interest was shown to the report on the 1st European Games in Baku, Azerbaijan, and to the information on the process of modification of the ISSF Constitution. The delegates were asked to fill in and send to the ESC Secretariat answers to the Questionnaire on the possible changes in the ISSF Constitution (here).

Following success of the Mixed Team Events at the 1st European Games the delegates supported the initiative of the Presidium to include AIR-50 in Pistol and Rifle as well as Shotgun—50 in Trap and Skeet as official events of the European Championships starting from 2016.

A joint development program with the ISSF Training Academy was welcomed by all participants of the ESC General Assembly.

Photos from the General Assembly can be found here.

After that the delegates went to another Slovenian city – Maribor - to witness the Opening Ceremony of the 2015 European Shooting Championship. In his speech Mr. Vladimir Lisin, the ESC President, pointed out the importance of the forth coming Championship for the European shooting sport and declared it open. The athletes are going to compete not only for medals, but for 21 Quota Places at the Games of the XXXI Olympiad in Rio de Janeiro as well. Besides, exactly 60 years ago the history of the European Championships has begun when the first of them took place in Bucharest, Romania.