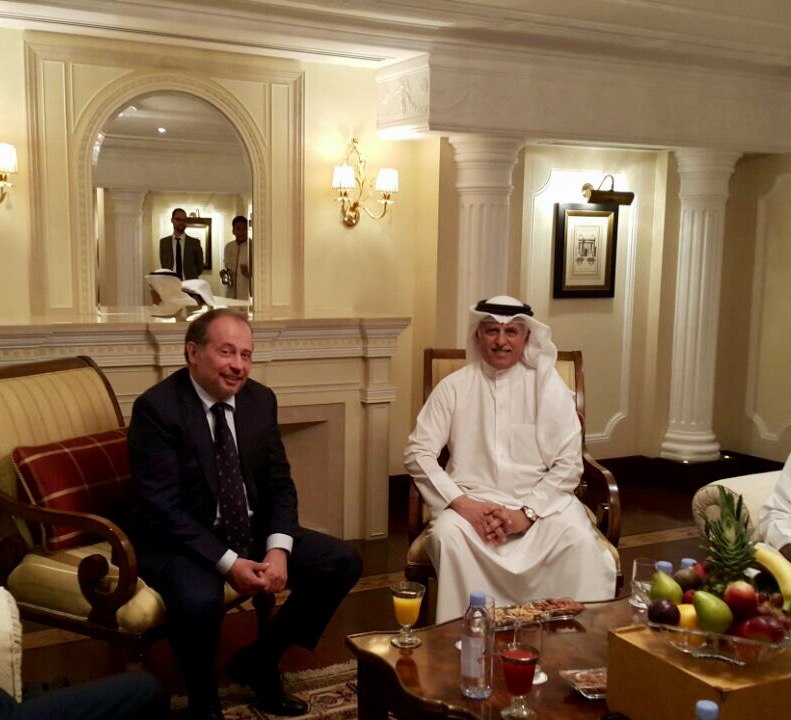 The ESC President Mr. Vladimir Lisin visited Qatar and Kuwait. The trip started in Doha, the capital of Qatar, where the ESC President and ISSF Vice-President took part in the XXI General Assembly of the Association of the National Olympic Committees together with the ISSF President Mr. Olegario Vázquez Raña and the ISSF Secretary General Mr. Franz Schreiber.

At a special ceremony they awarded the ANOC President Sheikh Ahmad Al-Fahad Al-Sabah with the commemorative medal "Shooting at the Olympic Games - 120 years". This medal resembles the medals that were awarded to the winners of the I modern Olympic Games in Athens and is dedicated to the jubilee: shooting was among eight sports that constituted the program of the I modern Olympic Games in 1896. The medal was produced in a very limited edition on the occasion of the 2016 ISSF General Assembly in Moscow, Russia, and is designated to individuals who made a considerable contribution to the development of the shooting sport.

In Kuwait Mr. Lisin was welcomed by H.E. Sheikh Ali Bin Abdulla Al Khalifa, President of the Asian Shooting Confederation. During the meeting that was held in a friendly atmosphere the Presidents discussed several matters of mutual interest of their Continental Confederations and the athletes. They pointed out the importance of regular contacts and open discussions that allow to overcome different approaches to certain problems of the shooting community. Special attention was paid to the development of the sport and cooperation between the two Continental Confederations.

Mr. Lisin thanked H.E. Sheikh Ali Bin Abdulla Al Khalifa for hospitality and invited the ASC delegation to the 2017 ESC General Assembly in Baku and to the 2017 ISSF World Championship Shotgun in Moscow.