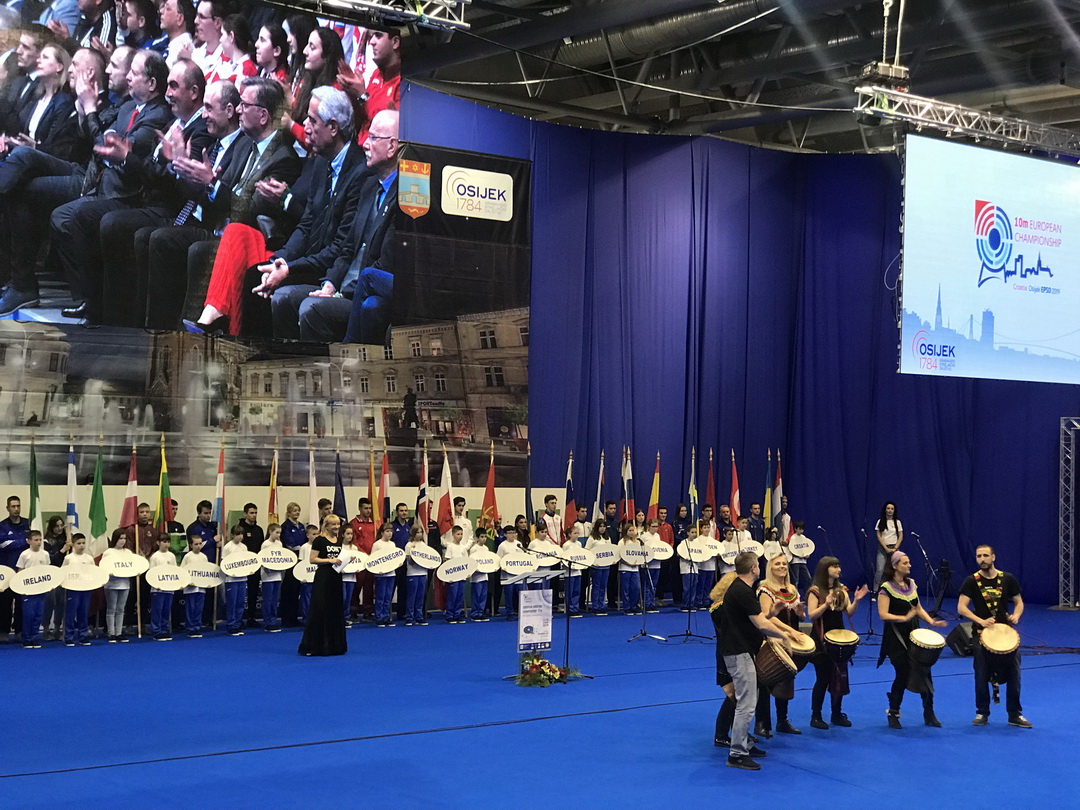 Osijek showed her best side when she welcomed the participants to the European Championship and the opening ceremony; the sky was clear blue and temperature was +24C, people were happy and the feeling was like in summer, when walking from outside to the Finals hall of Championship in Gradski Vrt Hall, where the Opening Ceremony took place.

The ESC and ISSF President Mr. Vladimir Lisin declared the Championship opened today at the Gradski vrt Hall in Osijek. In his opening speech Mr. Lisin mentioned that this is not the only time when the championship was organised in Osijek. First time 1985, second in 2013 and this was the third time and we´ll return soon also here. Mr. Lisin also thanked the Organisation committee and City of Osijek and Central State Office for Sportfor the great support. In the end of his speech ESC President declared the 2019 European Championship 10m opened.

Mr. Krešimir Šamija - deputy chairman of the central state office for sports and the President of the Croatian Shooting Federation Mr. Hubert Kišpal brought also their greetings to the ceremony.

The European Championship were organised last time in Osijek in 2013. In that time the championship was for 25, 50 and 300m (pistol and rifle), today it´s the turn for 10m disciplines.

The Competitions will start tomorrow (on Tuesday) with Running Target and Air Pistol Mixed Juniors and Air Rifle Women and Men Juniors.