The fourth Competition Day showed all kind of tears! 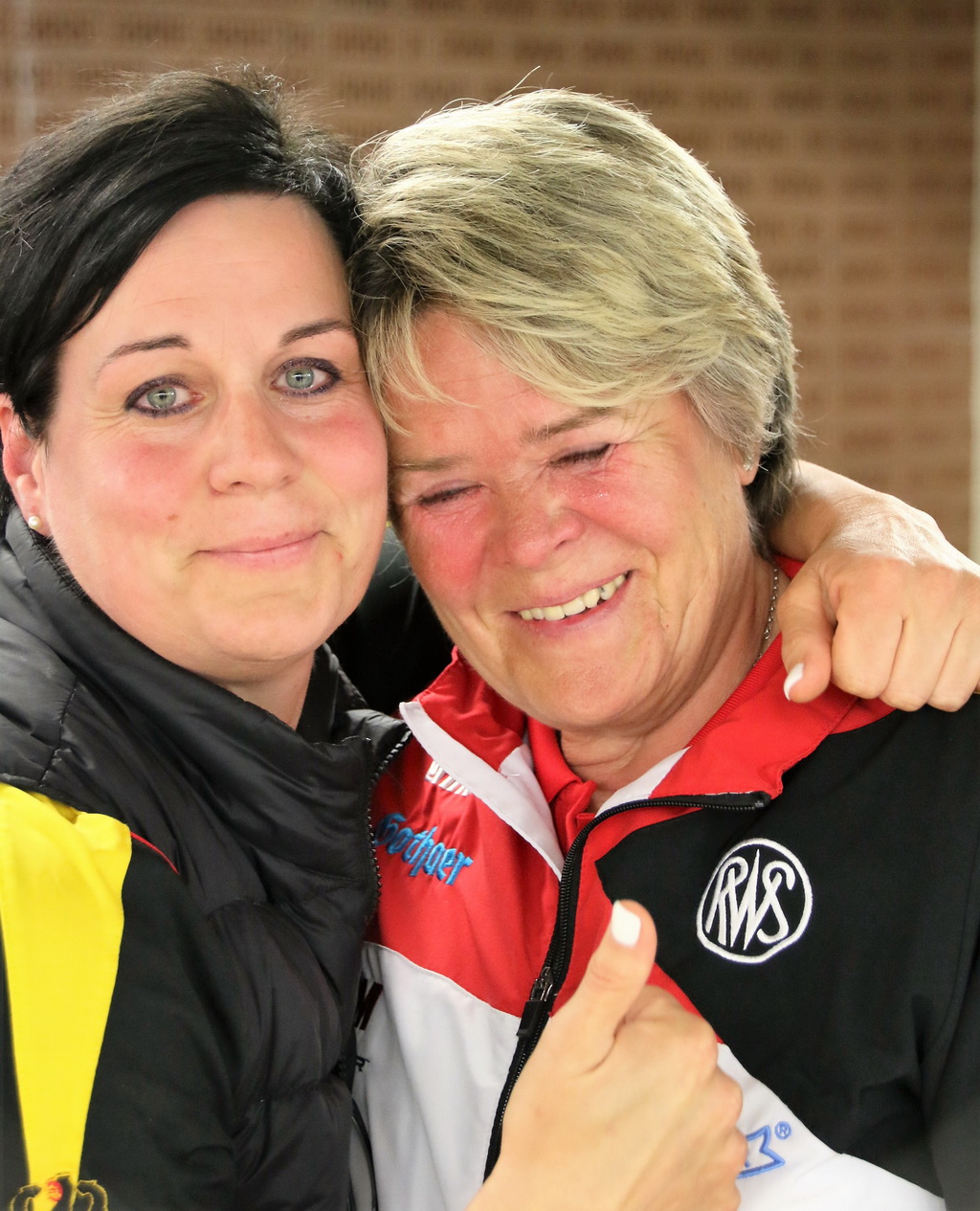 It was turn of the 25m Pistol Women Junior day. Yesterday Women Juniors competed the Precision Stage and today they had the Rapid Stage and Finals. The morning looked grey. The heavy rain of yesterday had stopped. The day was full of tears – some because of happiness, some because of disappointment. After the Rapid stage Bulgarian Miroslava Mincheva had shot the best qualification result 584 – strong result by 16 years old Miroslava! French Mathlide Lamolle was the second (579), Russian Margarita Lomova scored 577 on the third position. Athletes qualified to finals were Anna Dedova (CZE), Michelle Skeries (GER), Agate Rasmane (LAT), Elif Kirklar (TUR) and Sophie Polo (FRA).

At semi-finals a shoot-off was needed. Two best Miroslava Mincheva and Michelle Skeries shot both 16 points and reached the road to the gold match directly. The first unlucky to drop out from medals were Turkish Kirklar (8) and Latvian Rasmane (12). The shoot off for the bronze match has been competed between Lamolle (FRA), Dedova (CZE), Lomova (RUS) and Polo (FRA). In the first shoot-off Sophie Polo dropped out, the other three continued. In the second shoot off Margarita Lomova was unlucky. So from the bronze would be competed Anna Dedova and Mathilde Lamolle.

19 year old Mathilde Lamolle had juniors medals already from 2014 World Championships (Granada, gold in 25m Pistol) and 2015 European Championships (Maribor, bronze in 25m Pistol and 2016 Györ gold 10m Air Pistol). Her challenger – a one year younger Anna Dedova – had won bronze in Arnhem (10m Air Pistol). In the bronze match the first points won Dedova, then in the next three series both earned one point when shooting both same number of hits. The two next series won Lamolle (4-2 and 4-3) and she earned from those 2 point each. Mathilde won finally the bronze with result of 7-5.

In the gold match met the two best from semi-finals: Bulgarian only 16 year old Miroslava Mincheva and six years older German Michelle Skeries who had won European silver in 25m Pistol Women Junior from 2015 Maribor. Mincheva was in Maribor on the 4th place, which was her best result before. Mincheva had done quite strong result in qualification and had probably a small advance.

The first series five shots series: both 3 hits, situation 1-1, second series for Mincheva (hits: 3-2) – 2 points for Mincheva. In the third series both shot strongly 4 hits. Mincheva is leading 4-2. Fourth series and Mincheva had a malfunction! Skeries had shot 4 hits and when Mincheva after reloading had her possibility, she hit twice. 2 points for Skeries and points equal 4-4. It looked that Mincheva can’t concentrate herself so hesitated she looked. But she “collected her nerves” and won the next series (hits: 4-2). The situation is 6-4 for Menchiva. In the following series Mincheva had her second malfunction in second shot and lost the points. Situation is again equal 6-6.

Dramatic final, Skeries shot carefully and made 3 hits. Nervous Menchiva managed to make only 1 hit. The final is over: Skeries won European Championship.

“The ranges are good, a little bit dark, but don´t disturb anyway. During the Rapid stage today the weather was also good, so no problems. The finals were very difficult. I tried to relax myself when I recognized the situation. Menchiva is so strong athlete, it was amazing that succesed. I can´t describe my feelings now – so many things are in my head”, explained Michelle Skeries after the finals. “I try remain in good condition also next year when I´m competing in women event. This is my last junior year. So let´s see what is coming in the future”, told happy Skeries.

In the team competition the team of Czech Republic was strongest and won the European Championship before the team of Russian Federation. The difference between these was only one (1) point. The Gold medal was won with the result of 1710. The Czech team consisted of Anna Dedova (575), Silvie Ziskalova (568) and Tereza Pribanova (567). The bronze medal travelled with French team to France.