The last rifle gold from Osijek went to Austria 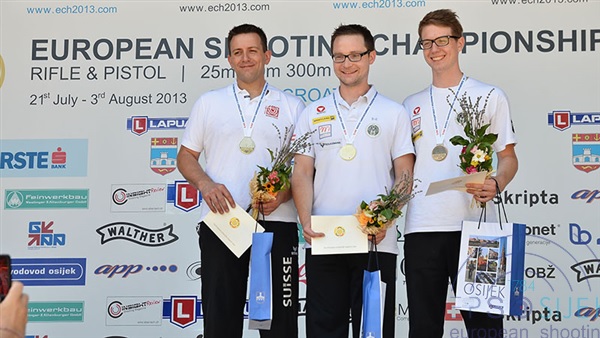 Michael Podolak from Austria became the last gold medal winner in rifle events in Osijek winning the 300m Standard Rifle Men competition with the result of 586 points. His series were as follows: Kneeling – 197 points, Prone – 198 points and Standing – 191 point.

The Swiss Marcel Buerge and the Austrian Bernhard Pickl received the equal result of 583 points, but Buerge had 26 inner tens, outranking Pickl (25) by one inner ten.