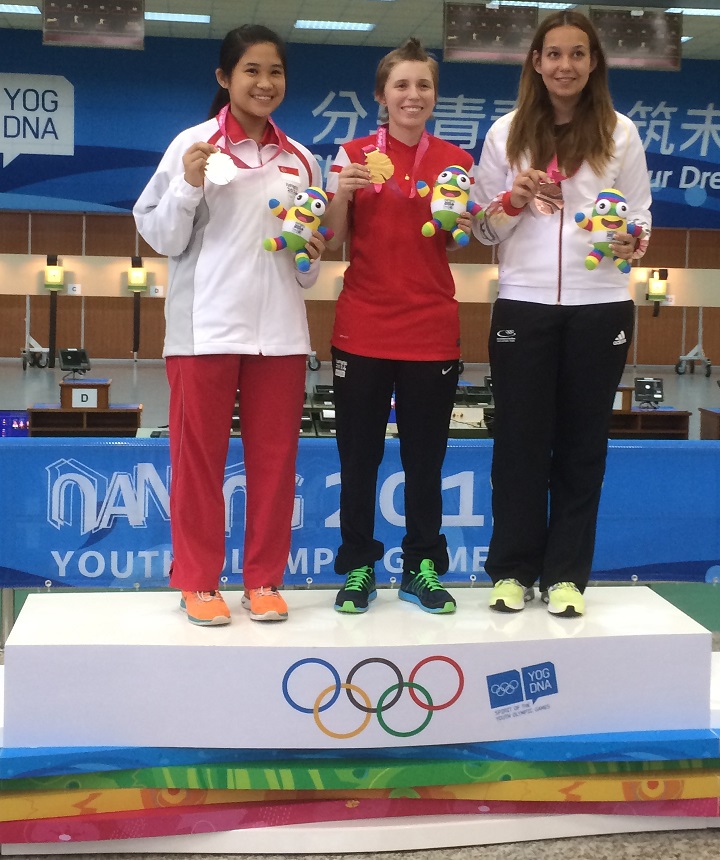 The third day of the Shooting competitions at the 2nd Youth Olympic Games that are taking place on Nanjing, China, brought the third gold and the second bronze medals for the young European athletes.

Sarah Hornung from Switzerland won the 10m Air Rifle Women event with a wonderful result of 207,8 points. It means that the average of her shots in the Final was 10,39!

The bronze medal went to Julia Budde from Germany who was very happy with this achievement. The silver medal was won by Martina Lindsay Veloso from Singapore who was considered to be the main favorite before the competitions.

There were two more European shooters in the Final. Ivana Babic from Croatia won the fifth place, Milica Babic from Serbia - the seventh.