The winners of Trap Team Finals: Italy, Finland and Russia 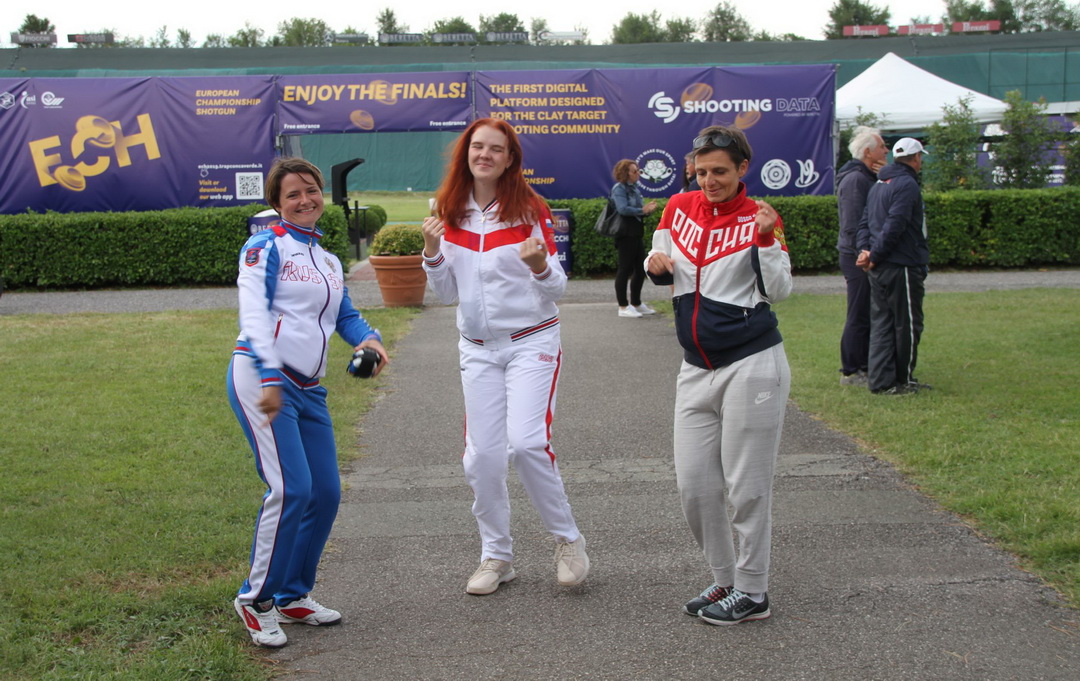 Italy won two gold medals and Finland and Russia one gold medal in the Trap Team Finals of the European Championship Shotgun. Italy got a medal in all four categories: Men, Women, Men Junior and Women Junior.

The European Championship Shotgun continued on Sunday at the “Trap Concaverde” Shooting Range in Lonato. It was a day of the Trap Team finals (QF-SF-MM).

In each stage was shot a normal round of 25 targets (each team total of 75 targets).

Portugal and France were in the bronze medal match. France took the third place, and Portugal finished fourth.

Italy was leading the gold medal match after 45 targets (34-33). The match was exciting: the teams were even after 60 targets (46-46). Italians shot the last targets one hit better and finished number one by one point (58-57).

Finland was very strong in the gold medal match. They didn´t leave any questions who was the best today: the final result was 59-44. Finnish team took the lead right in the beginning and did very well all the way. Finland was leading by 8 points after 30 targets, and by 11 points after 45 targets.

Russia beat Germany in the gold medal match by one point: 59-58. It was an exciting match because Russia was leading by 7 points after 30 targets. 15 targets more, and Russia´s lead was 5 points. After 60 targets Germany was only one point behind (49-48), and when only three targets left, Italy and Russia both had 57 points.

The ECH in Lonato continues on Monday with the competition of Trap Mixed Team (M-W-MJ-WJ).