Mancikova is the princess of the Skeet Women Junior 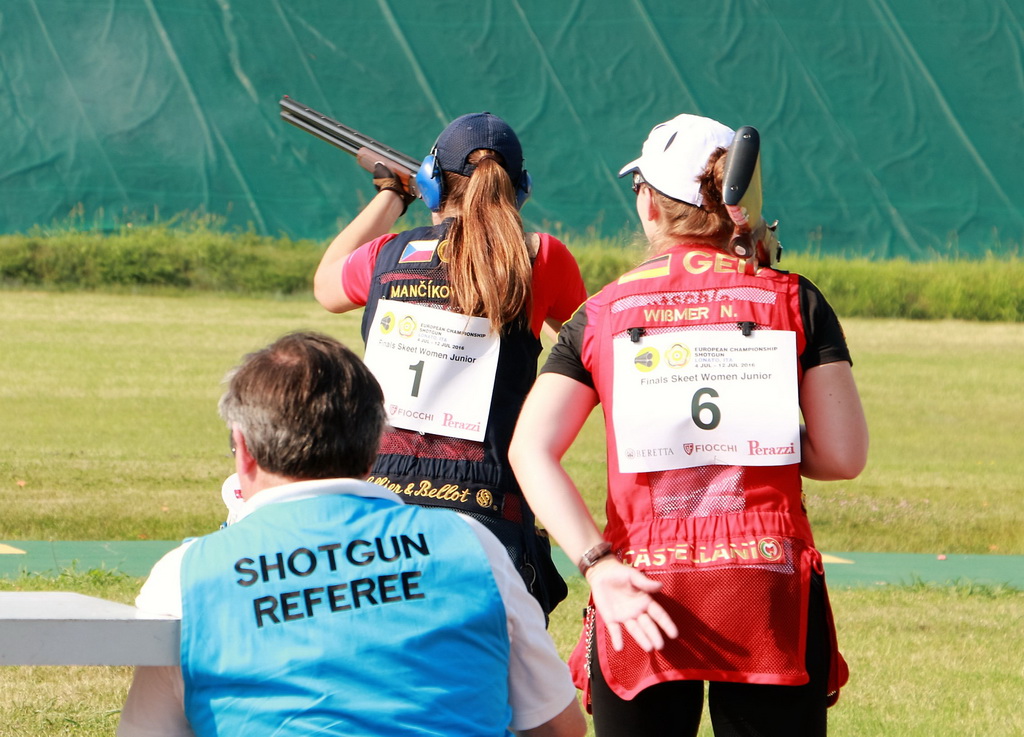 In the semi-final’s first part the best was Nele Wissmer (GER) who took directly the place to gold match with result of 13 clays. Finnish Niina Aaltonen hit 11 clays and she took the place to bronze match. Radka Mancikova (CZE) and Noemie Battault (FRA) hit both 12 clays and it was needed again a shoot-off. Mancikova won the shoot-off 3-2 and continued to gold match and Battault to bronze match. The first drop outs in semi-final were Russian Fazylzyanova and Czech Adamkova both hit 10 clays.

In bronze match Aaltonen and Battault started quite nervously, Aaltonen missed the first clay, hit the second and missed again two following clays. Battault hit two first but missed two following clays. Aaltonen got her brains clear and hit the three next one when Battault hit and missed and hit. Tie! In the rest of clays Aaltonen hit seven clays and missed twice. Battault missed three next clays and her concentration mixed. After that she hit only three times. The match and bronze travelled to Finland in the pocket of Niina Aaltonen. Excellent from a rookie!

In the gold match Wissner started with missed clay when Mancikova hit. After the four clays the situation was tie. After 4 next shots situation still tie. Mancikova hit three next clays from four when Wissmer hit only twice, Mancikova took the lead 8-7. Mancikova shot the last clays perfectly when Wissmer missed twice. Match and gold medal for Radka Mancikova (CZE) and silver for Nele Wissmer (GER) with result 12-9.

The team competition of Skeet Women Junior won the Team of Czech Republic (196). Their winning absolutely superior while they beat team of Germany with difference of 11 clays (185). The bronze medal team was Turkey(182). The Superior European Championship team consisted from Radka Mancikova (66), Hana Adamkova (66) and Anna Sindelarova (64). Silver medal team was Germany (185), bronze for Turkey with result of 182.