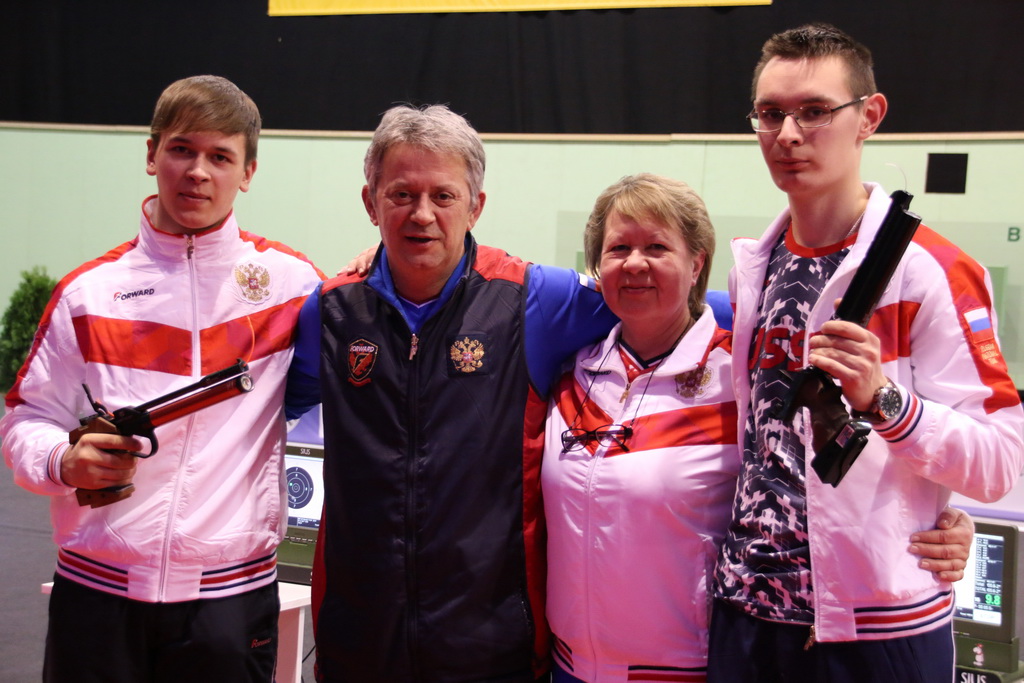 Russian Men Junior took a triple victory in 10m Air Pistol in Györ. These three athletes were also on the top of the Qualification Rank list but in different order. The best of the Qualification was Alexander Petrov (580), second Aleksandr Kondrashin (580) and third Anton Aristarkhov (577).

After the last shot the list was following Aristarkhov, Petrov and Kondrashin.

This final showed again that for winning you can’t give up and all is possible. The victory was offered for many athletes but someway most of them were not yet ready to push Aristarkhov from the podium. But it was near.

When 20 shots had been shot Aritarkhov was leading (200.5) with 0.6 points before Petrov. Next shot was not good from Aristakhov (9.8) and Petrov managed well (10.3), difference for Aristarkhov 0.1. Shot number 22 and Petrov is leading surprisingly 1.1 points while his friend Aristarkhov shot 9.8 and 8.5. Next shots: Petrov 9.4 and what does Aristarkhov. He paints the 10.6. result on scoreboard, last shots – 9.6 for Petrov and Arsitarkhov hits 10.3 and continues as the European Champion!

“The final was very hard for me while will train together with the others. I didn’t think anything else than the next shot. I was not a lot nervous and I controlled myself quite well. This is the beginning and I would like to continue to the Olympic podium”, told calmly 19 year old European Champion Anton Aristarkhov.

The bronze medal winner was finally Aleksandr Kondrahin. So this was the first triple victory in these Championships.