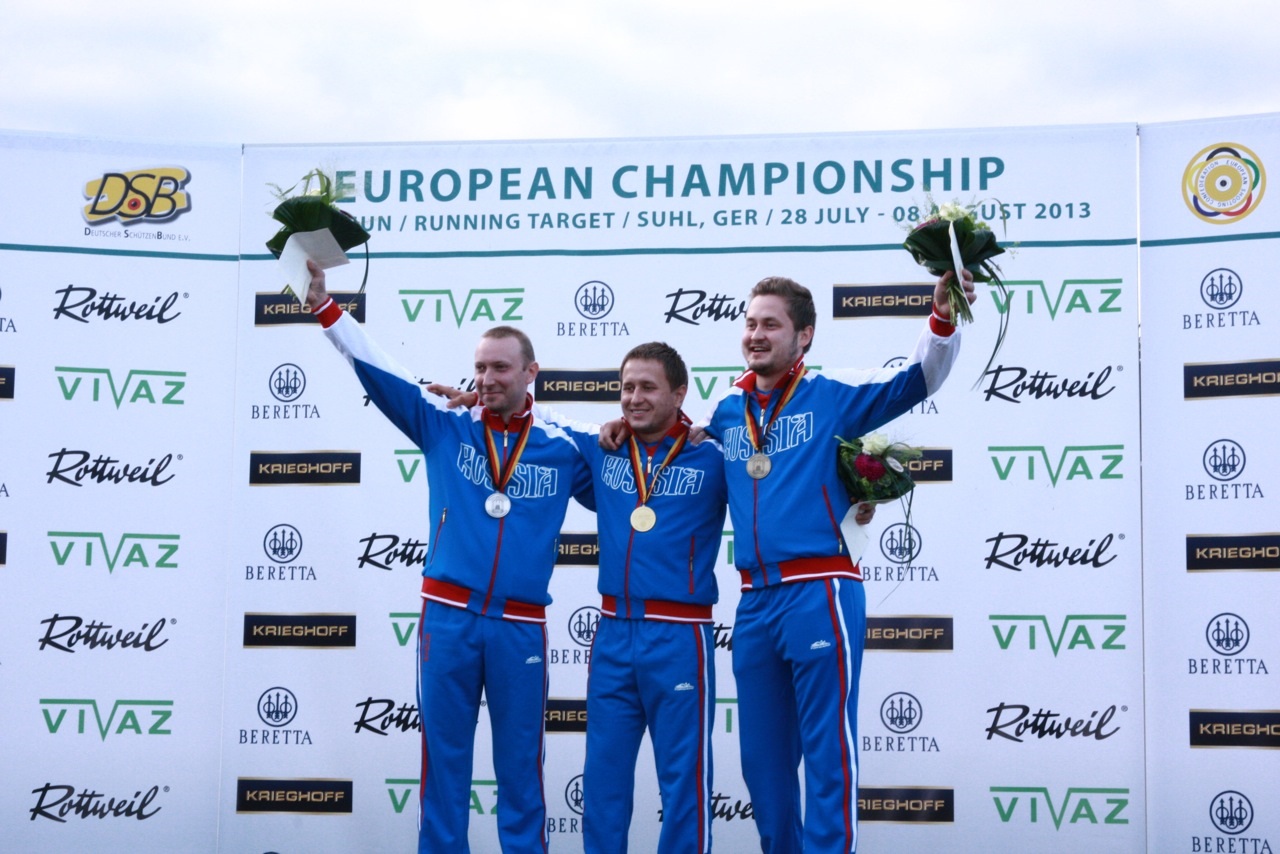 All the three Russian athletes conquered the three best places in 50m Running Target Mixed Men competition on the second day of the ECH in Suhl.