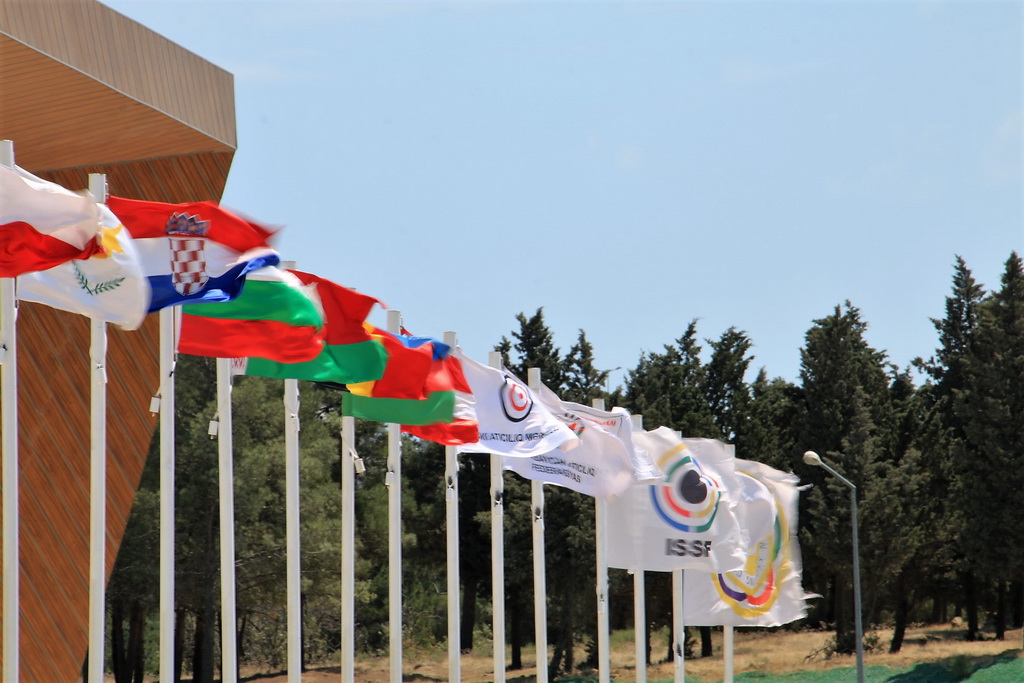 Monday, the last day of July woke up as windy or even windier as yesterday. Flags were flying straight in the wind. Inside the main building you did not have any idea of the wind, but when going out you had to take care of your cap.

In 25 m Centre Fire Pistol after the precision part in the lead was Estonian Peeter Olesk (292). Behind Olesk on the second place was Turkish Yusuf Dikec (291). With same result as Dikec was Ukrainian Roman Bonaruk.

“When we started the rapid fire section I felt pressure while the precision section went so well and that was something “new” for me. Also I made some simple mistakes. Of course the weather was quite hard, but some way I didn’t succeed not so well as before. I have to train more for this kind of issues”, explained his shooting Estonian Peeter Olesk.

Olesk was finally third with result of 580. His precision was 292 and rapid fire part only 288. The top two places went to German Christian Reits (silver- 582) and the winner Turkish Yusuf Dikec (gold 587). In the rapid fire part Dikec shot 296 when Reitz shot 294 and Olesk only 288.

“The weather was not so easy today too, put I handle it, it didn’t disturb me so lot. I think that I’m very strong in 25 m event and by the way I have World Championship Gold from Granada in 50m pistol. Now when the Olympic events have change I’ll start to train them much more while I want to stand on podium also in Tokyo. At moment I’m happy for championship”, told Yusuf Dikec after returning from doping test.

The team competition won Ukraine with result of 1732. The team consisted of Pavlo Korostylov (578), Roma Bondaruk (579) nd Volodymyr Pasternak (575). Second and silver medal team was Germany (1724) and third and bronze medal winner France with result of 1714.