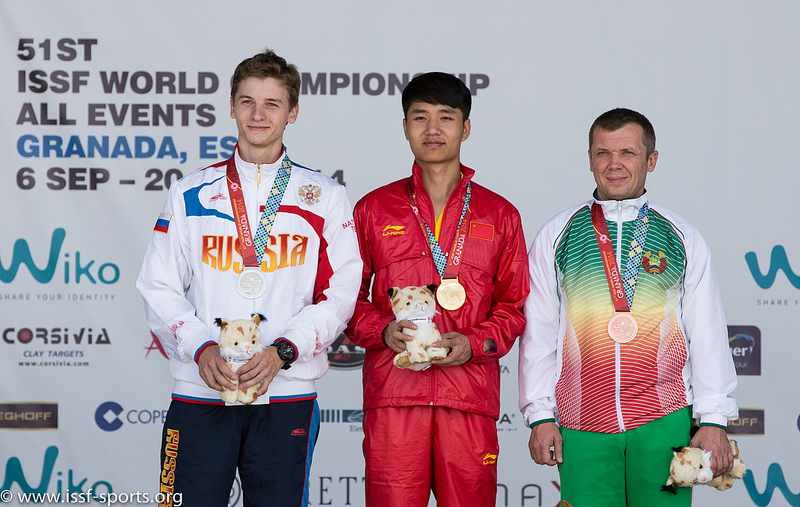 Nazar Louginets from Russia and Vitaly Bubnovich from Belarus ascended the podium in the first day of competitions at the 51st ISSF World Championship that is taking place in Granada, Spain. By the end of the 10m Air Rifle Men Final – the first Olympic event disputed on the ranges of the Juan Carlos I Olympic Shooting Center – Nazar Louginets had the second score and Vitaly Bubnovich – the third score. The victory was attributed by 18-year old Yang Haoran from China.

Besides medals in 10m Air Rifle Men the shooters also disputed 6 Quota Places for the Games of the XXXI in Rio-de-Janeiro. One of them went to Sergey Kruglov from Russia who finished on the fourth position and another – to Jeremy Monnier from France who was the sixth in the Final.

The Opening Ceremony of the 51st ISSF World Championship took place on Sunday, September 7, in the gardens of one of the most visited places of Spain – the ancient Alhambra castle and palace complex.