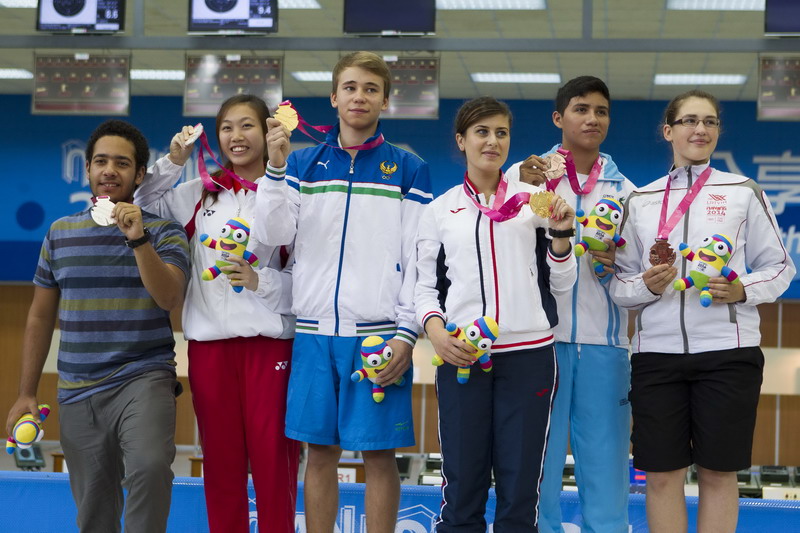 Lidia Nencheva from Bulgaria and Agate Rasmane from Latvia ascended the podium after the end of the first ever 10m Air Pistol Mixed international team event at the 2nd Youth Olympic Games that are taking place in Nanjing, China.

Lidia Nencheva together with Vladimir Svechnikov from Uzbekistan became winners of the competitions. In the Gold Medal Match they beat Xiu Yi Ten from Singapore and Ahmed Mohamed from Egypt with a score 10:5.

Agate Rasmane won the bronze medal in a pair with Wilmar Madrid from Guatemala. They beat 10:8 Ting-Yu Chung from Taipei and Zaven Igityan from Armenia.