Two more medals, including gold, won by the Europeans in Nanjing 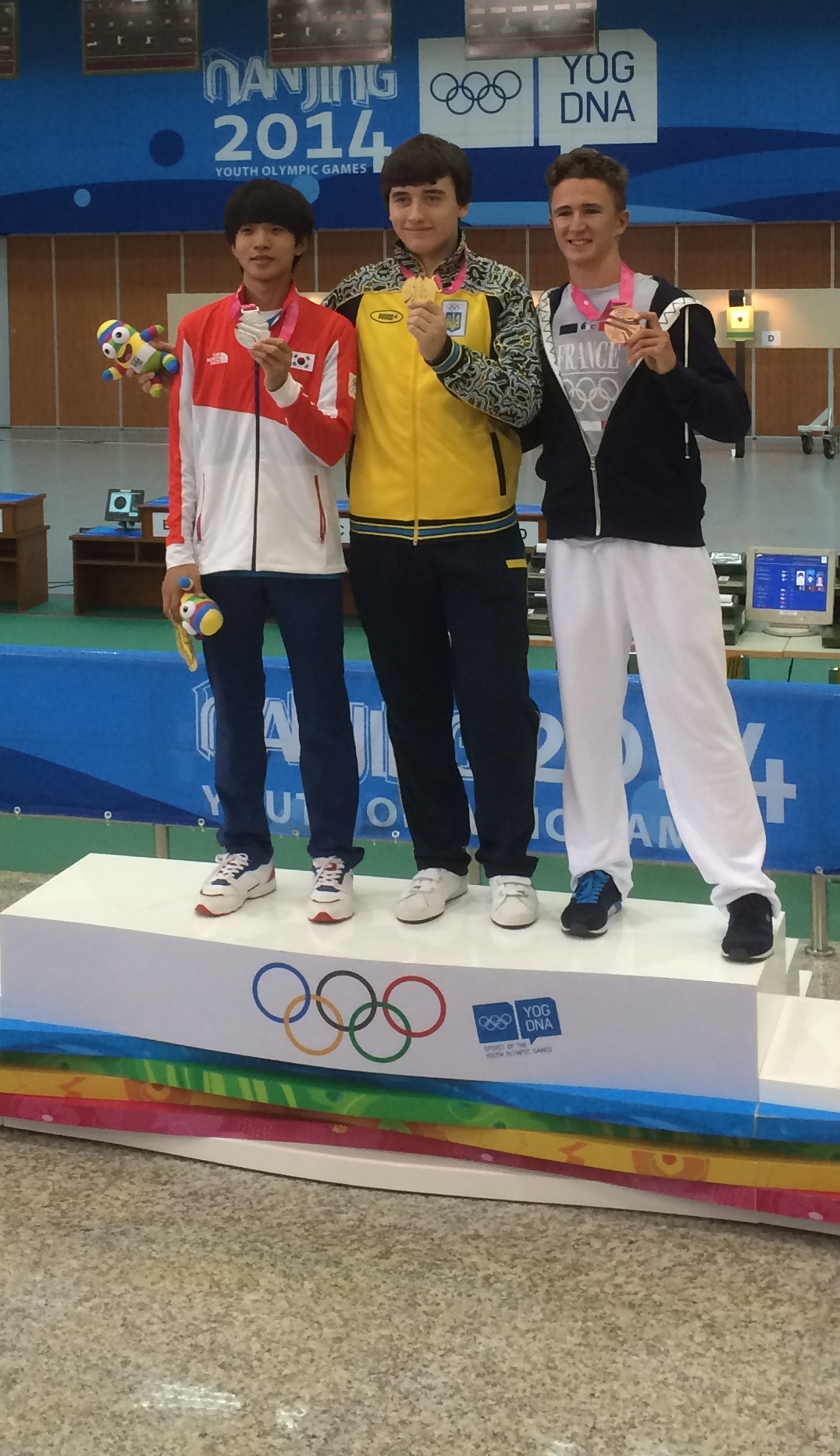 Two medals - gold and bronze - were won by the young European athletes during the second day of the Shooting competition at the 2nd Youth Olympic Games that are currently taking place in Nanjing, China.

Pavlo Korostylov from Ukraine won 10m Air Pistol Men event with a superb result of 203,4 points achieved in the Final. The bronze medal went to Edouard Dortomb from France. The runner-up in this event was Kim Cheongyong from Korea.

Two other Europeans were also competing in the Final. Alexandar Todorov from Bulgaria finished in the forth place, Zaven Igityan from Armenia - in the fifth.