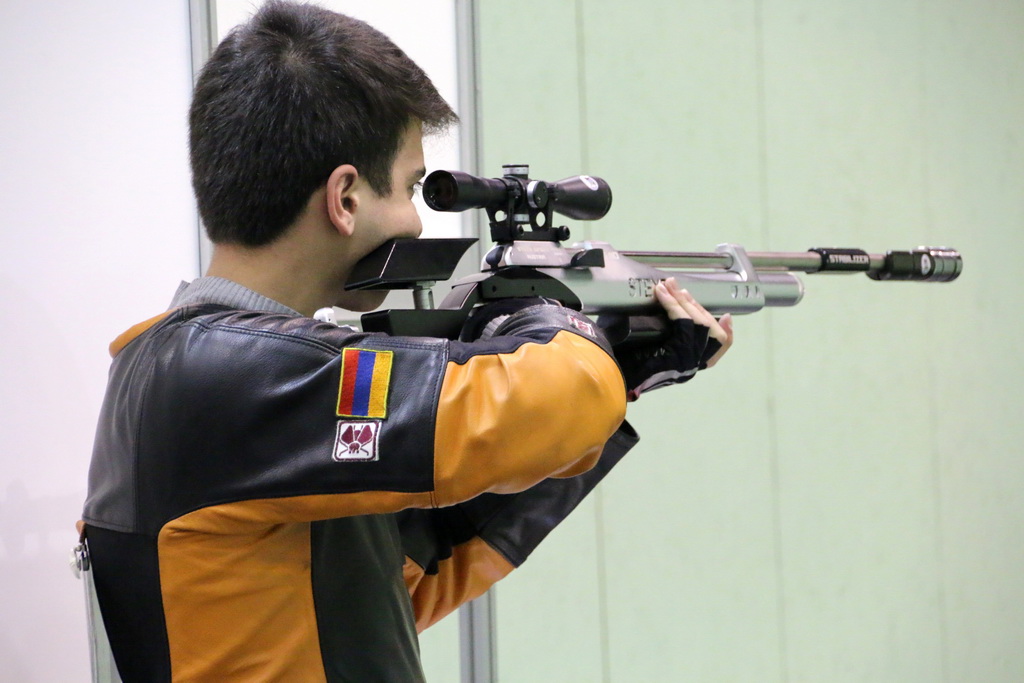 It was the turn of Juniors to enter to the range in Running Target. Today´s competition was Running Target where the athletes shot 30 slow runs and the 30 fast ones. After the Qualification will semifinals and finally Medal Matches.

After the slow runs in the lead in the Junior Men Competition was Ukrainian Maksym Babushok just 2 points ahead of Norwegian Espen Teppdalen Nordsveen and Swedish Andreas Bergstroem. Armenian Hovhannes Margaryan was on the fourth position.

In Women Junior Competition Russian Federation has double lead after slow runs: on the top place is Anna Kostina with result 271, her team mate Ksenia Anufrieva is second five points behind Kostina and Kristina Hilevych has the equal result.

In Women Junior competition Qualification the was Anna Kostina (RUS) 545, second was Kristina Hilevych(UKR) 543, Kseniia Anufrieva (RUS) 517 and after the shoot off Darya Rozhiniatovska (UKR) 515. She beat Hungarian Klaudia Palanki in shoot off 19-13.

In the first semifinal of men junior Denys Babliuk was superior and beat Armeinian Margaryan clearly 6-0 and the place into the Gold Match was sure. That was quick semifinal ever. In the second semifinal Norwegian Espen Nordsveen had to harder job thab Babliuk. Norwegian won finally his match 9-7.

In the Bronze Match the Armenian junior athlete was wake up from the beginning and won Ukrainian Babushok also clearly 6-1.

In the Gold Match Norwegian Espen Nordsween was leading after two first shot 2-0 but after that Denis Babliuk ruled the whole match and did not give any change to Nordsween. Babliuk won his first European Junior Championship ever.

“It probably looked easy but it was not at all easy. This was my first international final and this kind big arena made me nervous. I wish I could be sometimes a world champion and I wish that 10m Running Target could return to the Olympic Games”, explained new champion his expectations.

Russian Federation and Ukraine both had received two athletes to Medal Matches. In the first semifinal Russian Anna Kostina won Ukrainian Dary Rozhniatovska with result 6-2 and in the second Semifinal Kseniia Anufeira also from Russia won Kristina Hilevych. The victory result was 4-6 to the Russian Kseniia Anufrieva.

So the Medal Matches were duel of two team mates. In Bronze Match Ukrainian Darya Rozhniatovska was better and beat her team mate with 6-3 result. In the Gold Match met two Russian athletes: Anna Kostina and Kseniia Anufreiva. Kostina won first shot, lost two next shots but after that 19 years athlete ruled the rest of the match. Anyway double victory to Russian Federation.

The team competition were won by the Russian Federation, team consisted of Anna Kostina, Kseniia Anufrieva and Tatiana Boltaeva. Silver team Ukraine and bronze was Hungary.