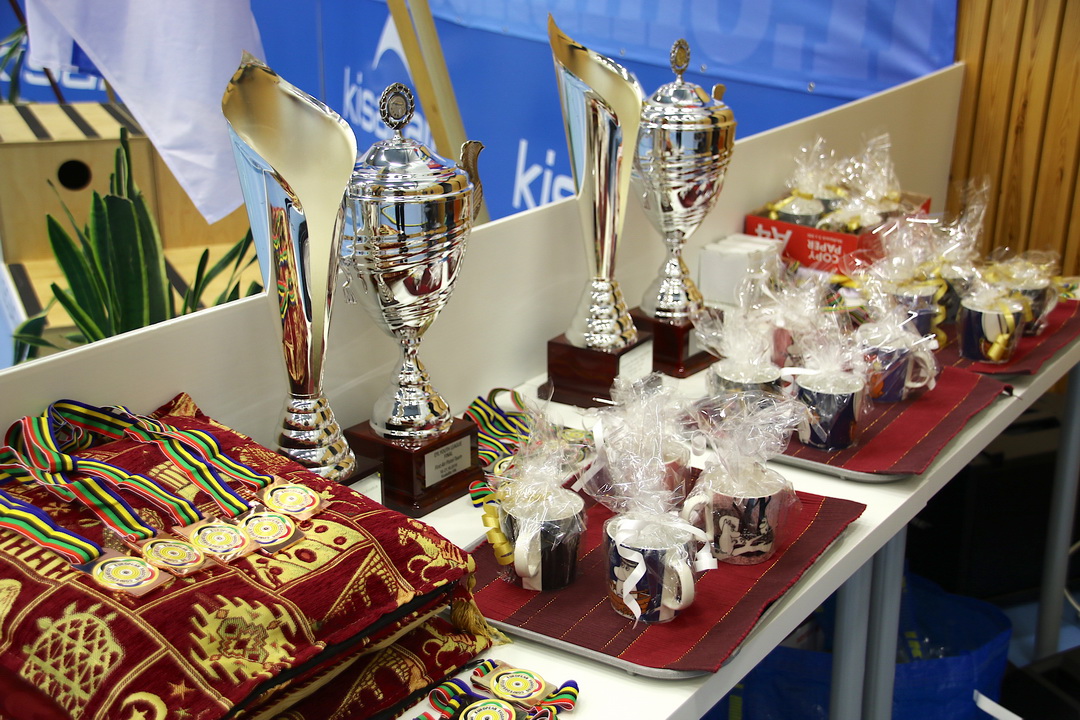 There were seen tears of joy and happiness when the Medal Matches were over in the SIUS European Youth League Final in Kisakallio, Finland. But one of the main things was that the athletes congratulated and thanked each others and hugs showed clearly that they had competed with friends.

Czech won the bronze medal after shoot-off in Air Pistol

Bronze matches were the events, which competed first in the morning. In the Air Pistol Bronze Match met Czech Republic and Italy. Czech team had a strong start and they were leading 28 -20 after eight shots. Then Italy started to shoot more calmly and when it was shot half of the shots (10), the Czech team was leading only with two points (there pairs and you compete against your pair, victory means 2 point) 31-29.

After 11th shots Italy went first time to the lead and looked like that Italy is taking the victory. It was leading already with a difference 10 points. When athletes had shot 19 shots, the situation was still for Italy 60-54, the last shots to go. And what happened, Czech athletes won all their matches and took 6 points and game was tie 60-60. Shoot-off was needed.

When the announcer told the results of the shoot-off shots the Czech team members were so surprised from victory that they didn’t believe it at once. Bronze to Czech Republic!

«I was too satisfied when we had so good start, so I thought that this will be an easy match. It backfired when I didn’t keep my concentration and I started to hesitate. Then I said to myself that I do not have anything to lose, only concentrate and relax. And then we started to climb up slowly», told Jan Vildomec from Czech team.

«We perhaps wanted the medals more, shooting was not so calm as usual and we were a little bit nervous, but we managed anyway keep the leading until to end», explained Sofia Benetti from the bronze team Italy.

Pistol shooting is strong in Ukraine. The Ukrainian Youth League team show that there will be growing new champions behind the current masters. Ukraine was superior in their match and won Russian Federation with result 73-47. Ukraine ruled the whole gold match and when the athletes had shot half of the shots (10), Ukraine was leading already clearly 48-12. After 15th shot it was leading already 63-27.

The rest was history and beautiful victory for Ukraine with result 73-47. Silver to Russian Federation. The Ukraine Gold Match team consisted of Ihor Solovei, Hiib Kihitov and Mariia-Solomiia Vozniak.

The qualification matches promised that the Gold Match Serbia-Russia will be very tight and exciting. After qualification rounds it looked that Serbia would be some kind of a favourite, so strong their performance was yesterday even they had one lost. But same did also Russian team yesterday.

But what happened in the Gold Match? Shortly not anything special. The Russian athletes ruled and won clearly (15-25, 15-25 and 16-24) their matches. The strength of team was that the team was a balanced team who had a good humour and spirit.

Russian team took the lead from the first shot and kept it until to the end. Russian Federation won with result 74-46. The Russian team consisted of Tatiana Kharkova, Polina Bolotkova and Alexander Vasilyev.

All the medal teams of the both disciplines awarded of course with the medals, winners with fine challenge cups, but also with a personal gift from the ESC President Vladimir Lisin, with SIUS Ascor Electronic Scoring Targets (winner team 3 targets, silver two and bronze team one).

The short closing ceremony was organised just after the awarding ceremonies, in which Kerstin Bodin, former ESC Vice-President declared the Final event closed and welcomed the athletes to the next final, which will be organised in Budapest, Hungary, 2019.

«Then we have new rules and the word "Championship" will be added to the name of this event. This Final event was a nice 10th Anniversary Party», finished Bodin.