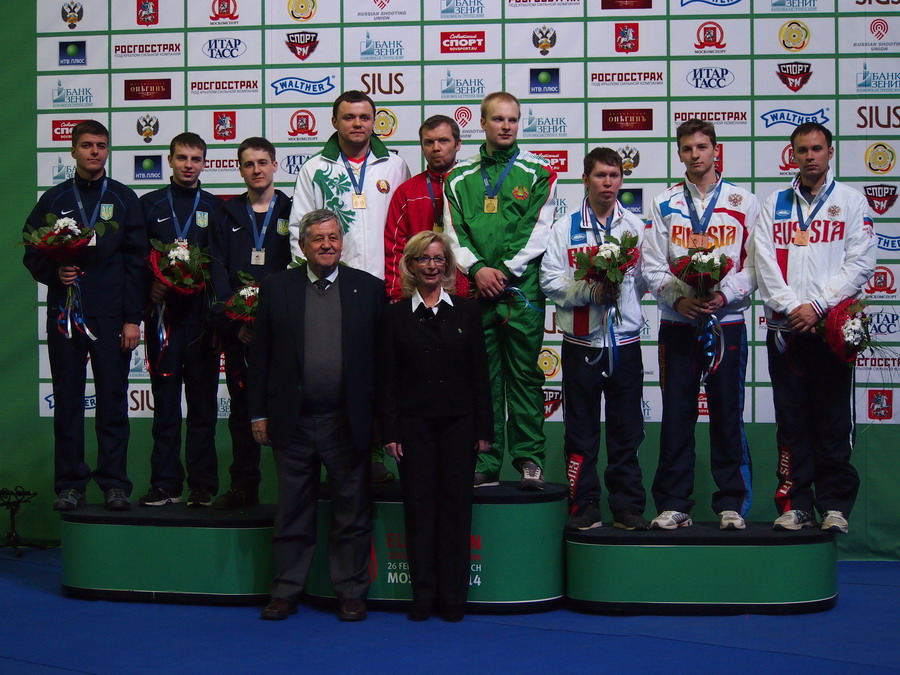 “This has been my dream for a long time!”

“Today it is now true. I was quite nervous all the time during the competition, I had to concentrate hard so that I could keep my shooting well. I knew that I had possibilities to win. This has been among my 10 best dreams already for all those 16 years when I have competed and trained”, told Aleh Tsarkov. “Everybody has to have a dream, my next dream is to stand on the podium in Granada World Championship this September”.

Tsarkov’s shooting during the competition is nearly superior. His winning result was 208,6 and he won Belarusian Vitali Bubnovich with 3,3 points. The third place and bronze medal winner was Nazar Louginets from Russian Federation with a result of 185,4.

It was turn of Belarus to win the Team Championship in Air Rifle Men in Moscow. Belarusian Team won with result of 1873,2. This result is a new European Record. The team consisted of Illia Charheika (628,1), Vitali Bubnovich (624,0) and Yury Shcherbatsevich (621,1).