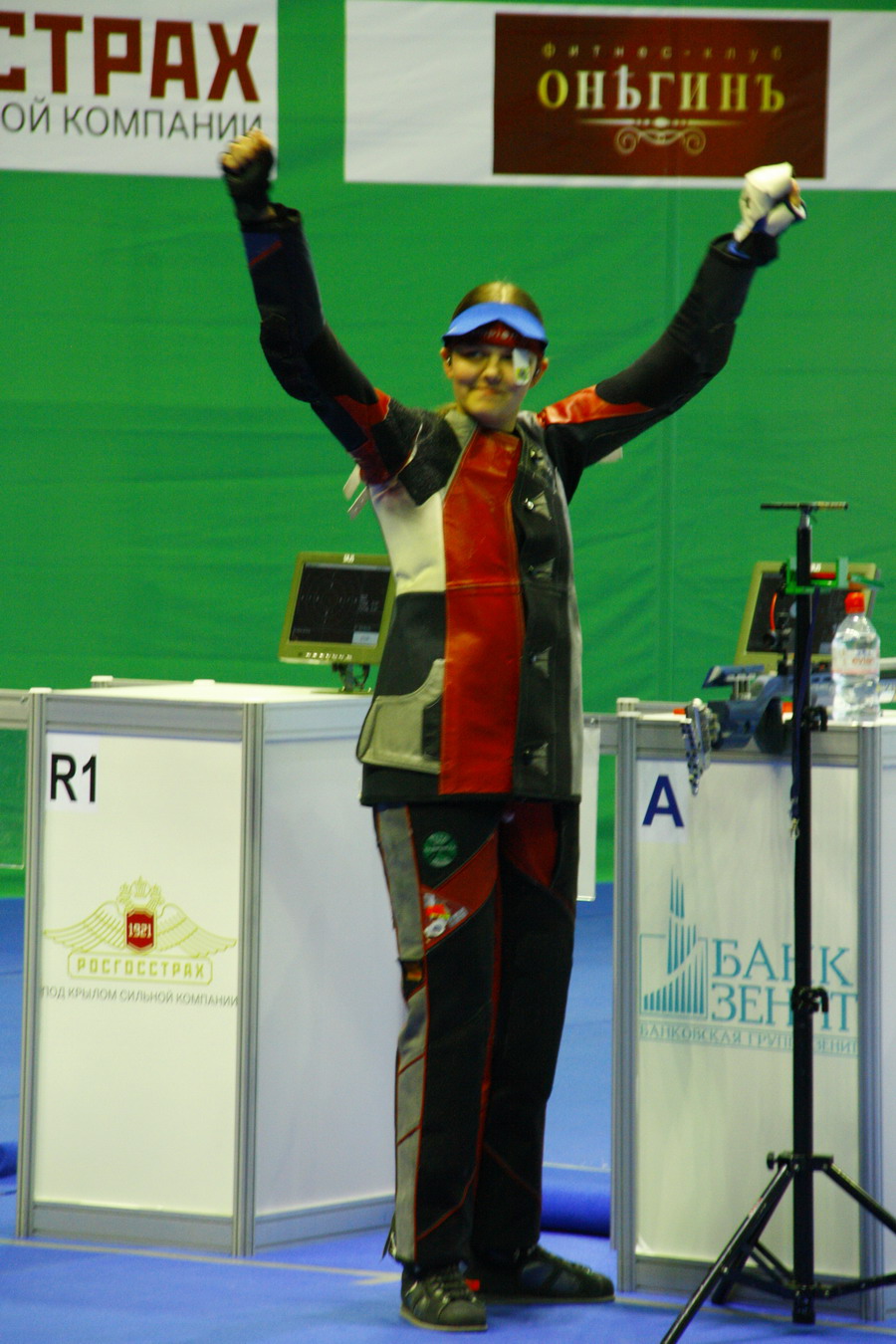 When Vanessa Hofstetter woke up this morning, she had just one goal and one though: shoot as well as possible, I have a chance! She used it and now she is the winner of two gold medals and she owns now the Final World and European Record Junior.

“I did not know anything about the results. I heard always when my teammates and Swiss people supported me. It made me smiling but also nervous. I tried to forget everything else and concentrate myself to shooting as well as possible. I was so nervous and my thoughts were in the other world”, described new junior champion Vanessa Hofstetter after the finals. “I knew that I have an opportunity for winning some of the medals but the gold medal surprised me. Actually I have two of them now when our Swiss team also won gold. This was my first European Championship and now the next goal will be of course the World Championship in Granada. Of course I have opportunities but let’s see, at least first to finals and everything is possible”, explained 7 years seriously trained Vanessa Hofstetter.

The team championship competition was ever so tight and finished with the same result. Switzerland and Germany both shot 1239,1 which is also new World and European Record Junior. The Swiss team won with the number of inner tens. Bronze medal team was Italy. The Team of Switzerland consisted of Sarah Hornung (415,9), Vanessa Hofstetter (413,3) and Nina Christen (409,9).