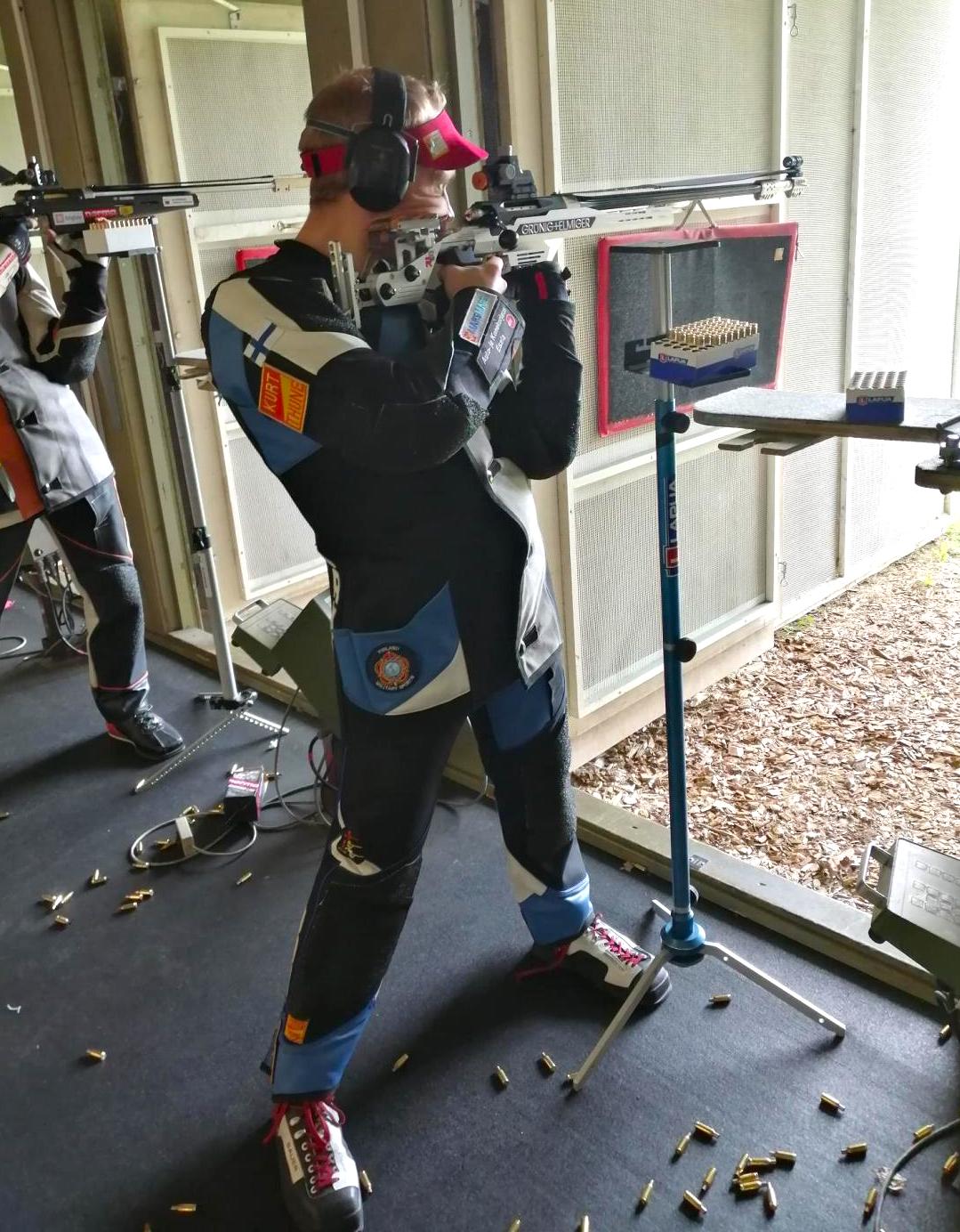 The last Qualification round of the Lapua European Cup 300m Rifle before the final started in Aarhus Denmark with the 300m Standard Rifle 3x20.

The weather conditions of the first were not the easiest one, because of the strong wind. The wind was rounding at the range even the Shooting Centre is 20m below sea level.

The winner of the competition was Finnish Juho Kurki with result of 587(197+197+193). Kurki was even superior, while he won Swedish Karl Olsson (584) with the difference of three points. Olsson won the silver medal with the number of inner tens. Olsson had 22 when polish Tomascz Bartink received 18 inner tens. Fourth was Swiss Pascal Bachmann who shot also 584, but he had only 16 inner tens.

- It was nice to win after so long time. I managed well with my tactic. It was not easy to shoot in this wind, but my result was enough good, sighed Juho Kurki after the competition.

Switzerland was the best team. Swiss team was superior by beating Finland with ten (10) points (1734). The Victory result was 1744.The bronze medal team was Poland with result 1714.