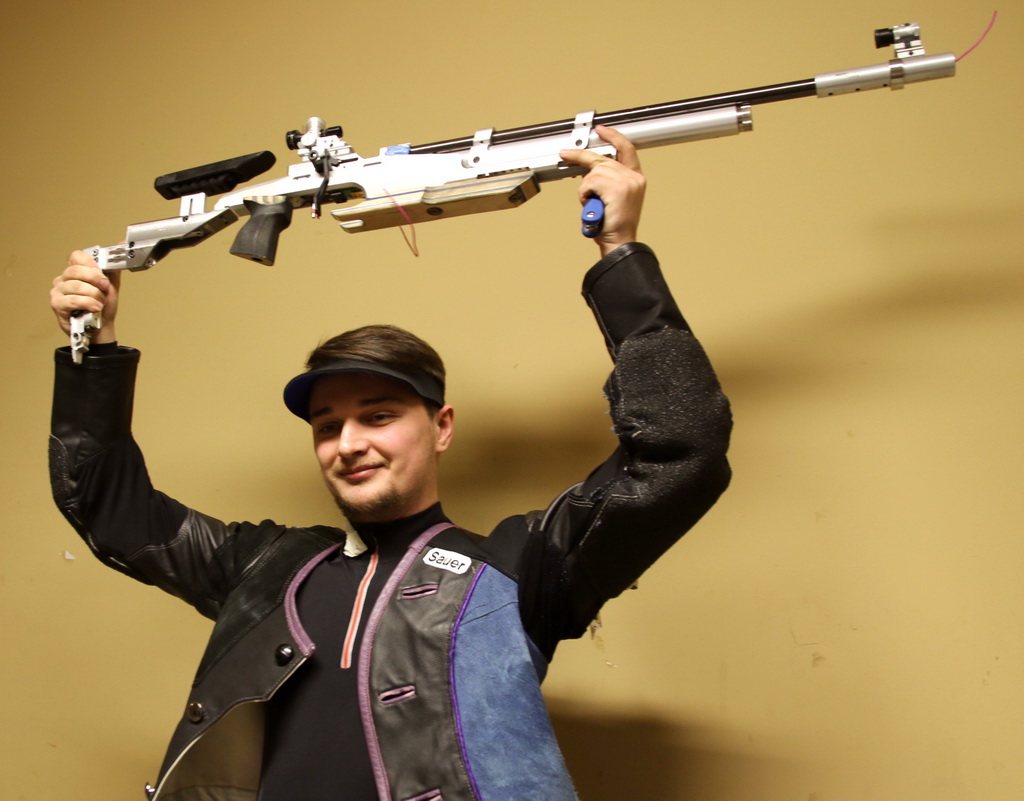 We must admit that there is something magic in the air when Russian Vladimir Maslennikov shoots.

Calm and sharp without any extra tricks. When he got his machine warm he was superior, his advance was already 3.2 points. His start was not perfect and Norwegian Henrik Larsen took first the lead after 5 first shots. After next five shots Croatian Petar Gorsa lead but only with 0.1 point.

The rest we can say was history; We can nearly say that Maslennikov did what he wanted and the other did what was able to do. When the second Competition Stage (elimination shots) started he did not give any possibilities to pass him. He shot even two times 10.9.

When there was still one shot to go the announcer told to audience that Maslennikov has now a great possibility to make a new world record (set by his teammate Sergey Kamenskiy 250.9). And what he did, he shot 9.6 – and made a new record with the difference of 0.1. The finish was like a dot over the “i”. Maslennikov renewed his last year (Maribor 2017) European Championship.

Stine Nielsen is an excellent and experienced athlete. She had won one WC Competition, been on podium but still this was her first European Championship. Last year she was in Maribor second.

Stine Nielsen made excellent work during the whole final, she was not so superior as Maslennikov in men’s competition but her shooting was very assured. Nielsen could find somewhere a turbo when it was needed and let not others results to disturb herself.

“Of course it is nervous to shoot in a final and under a hard pressure, but that is why you are training. Of course I’m very happy. The dream came true”, explained new European Champion.

If this was an emotion moment for Nielsen, it was also for Katarzyna Komorowska (POL) and Manon Smeets from Nederland. Komorowska (248.7) shot finally silver only 0.4 behind Nielsen and Smeets was on the bronze podium. These podium places were their first podium places in her international careers.