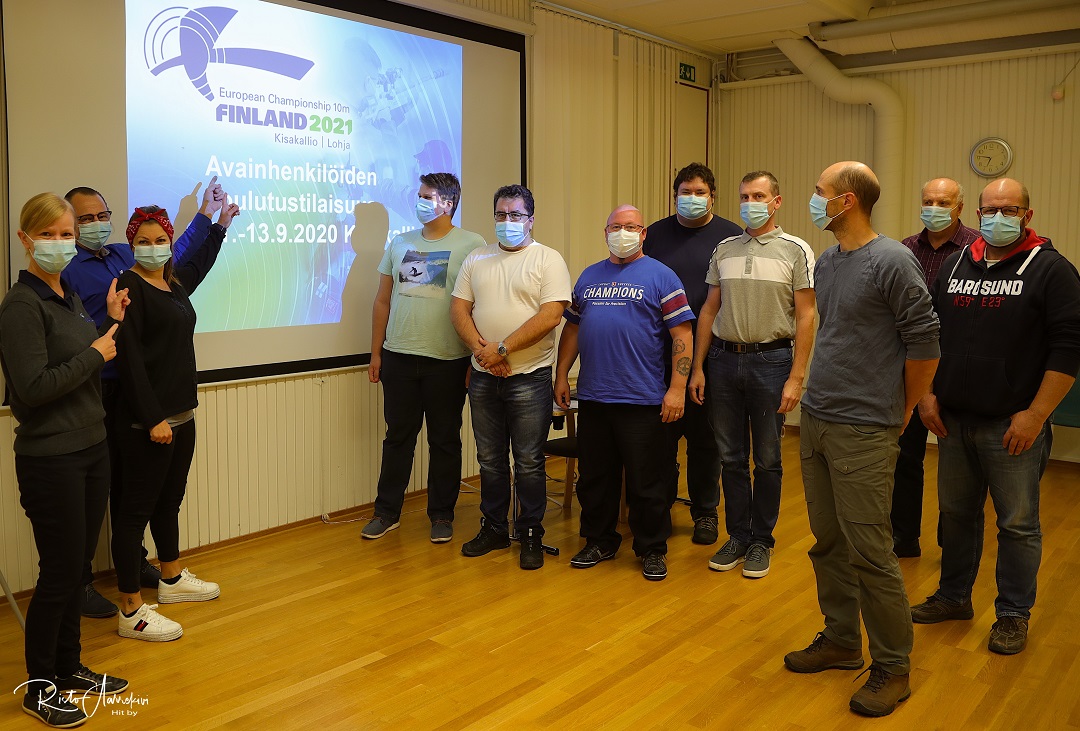 The Organizing Committee of the 2021 European Championship 10m has worked already over one year for preparing the Championship.

The Corona-19 virus has increased their work a lot, but the Competition Director Marko Leppä has told that they do not let the virus disturb their preparations – even they have already the fifth new plan going on.

«Honestly, we must say that there has been more work than we expected first. We have had to rewrite five times the plans. Fortunately, our Technical Delegate Mrs. Ghislaine Briez has given us plenty of her time and excellent advises», tells competition director Marko Leppä.

«Our goal is that we’ll try to prevent the virus attacks totally. That is why we have made quite many changes for the plans. For example, the firing places will be wider than usually. The dry firing will happen in the country lounges, between athletes and weapon controllers there will be a plex. Naturally we do not forget the hand disinfection and masks. We try to keep athletes and officials in safe and prevent their excessive queuing and contacting. This is not all, there will be more and the list of things is quite long. But changes do not disturb the athletes, they may even make their stay more comfortable», explains Leppä.

«Kisakallio Sport Institute is an excellent place to organise the Championship. We do not need special transportation between hotels and range while everything is within walking distance and the athletes can return to their rooms immediately after their shooting performance. For example, they do not need to wait the busses. We have divided the Championship in two parts (Juniors and Seniors) for preventing the virus. We have also a new mobile app for athletes etc. which all will upload. The application gives us a possibility to quick communication for everybody. It is also one part of the safety. Simply said: the athletes are in the centre and we take of their safe», explains Elina Kaukojärvi, the ECH Secretary General.

«Of course, we follow the national and international rules recommendations of the Health Organisations and our Government. We can’t know what will happen in the future, but our goal is to make all the plans as well as possible that we can organise the Championship», encouraged Marko Leppä the Key persons in Kisakallio. We have the same goal with ESC, he reminded.