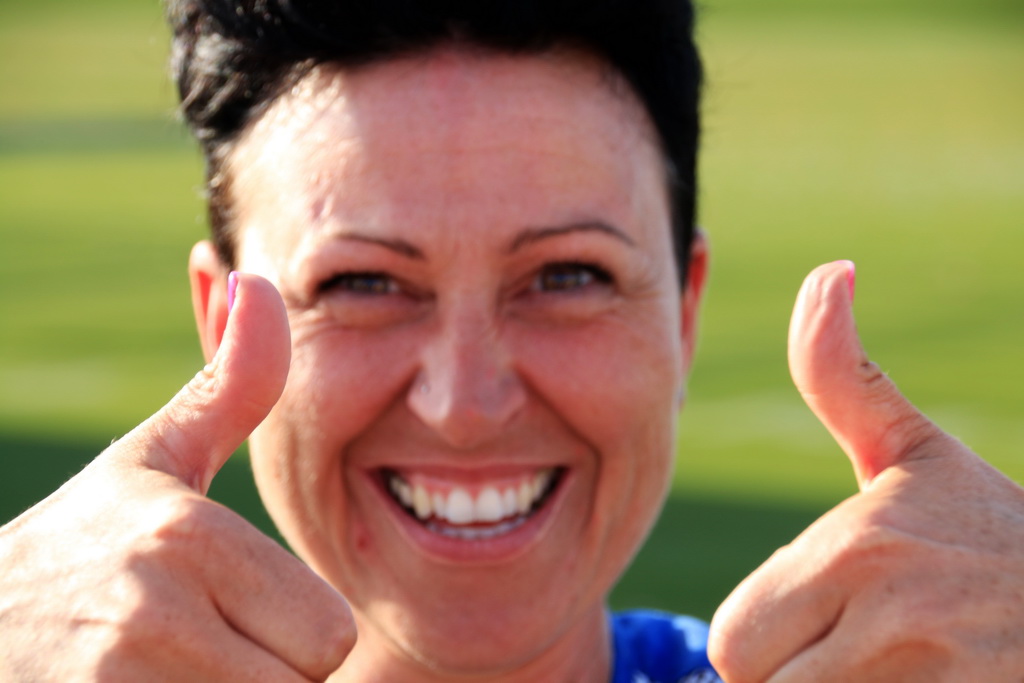 The Women Trap was an excellent competition with excellent athletes. The athletes made a good show which finally finished to the shoot off between Arianna Perilli from San Marino and Russian Ekaterina Rabaya when shooting both 37 hits. Finally Arianna Perilli managed to one more clay and won Rabaya 4-3 in shoot off. The Bronze medal travelled to Finland with Bejing Olympic Gold medallist Satu Mäkelä Nummela.

When the shoot off was clear Arianna Perillis started a wild golden dance. Tears were falling on her cheek when she was jumping and dancing with her team mates and coach.

“This was for me very important winning while now I have three European Championships. I have trained shooting in wind while I knew that it will wind in Baku. Windy weather is not my favourite one at all but now I managed well. Oooh, I canīt describe my feelings, Iīm only happy that I won”, smiled and cheered Arianna Perilli.

The team competition won Russian Federation with result of 203 before Finland (199) and France 196. The Russian federation team consisted of Ekaterina Rabaya (70) Tatiana Barsuk (69) and Julia Tugolukova (64).

The Trap Women Junior was ruled by German Marie-Louis Meyer. Her winning was superior while she won the final with result 41 which is a new World and European Junior Record. Her team mate Bettina Valdorf won silver (29) and the winner of bronze medal was Greta Luppi(24) from Italy.

The team competition travelled naturally to Germany with result of 189. The team consisted of Marie-Louis Meyer (67), Bettina Valdorf (63) and Kathrin Murche (59). Silver medal team was Italy who lost the gold only with 2 clays. Bronze medal winner team was Russian Federation.