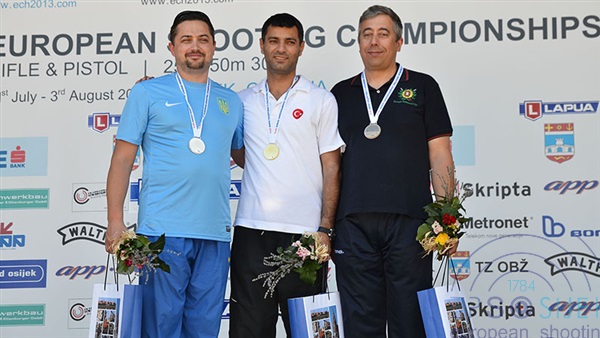 Joao Costa from Portugal became the winner of the bronze medal. His series were the following: 150sec: 196, 20 sec: 187, 10 sec: 190. Joao Costa won the bronze medal after a shoot-off against the French Clement Bessaquet. Both shot 573 points. The shoot-off ended 49-47 for Costa.

The Russian Federation won the 25m Standard Men Team competition with the result of 1708 points. There was only a one-point difference from the result of Turkey (1707), which became the silver winner.

One point only separated the silver and the bronze as well. Ukraine (1706) became the winner of the bronze medal. The gold medal-winning team of the Russian Federation consisted of Mikhail Nestruev (572), Denis Koulakov (571) and Leonid Ekimov (565).