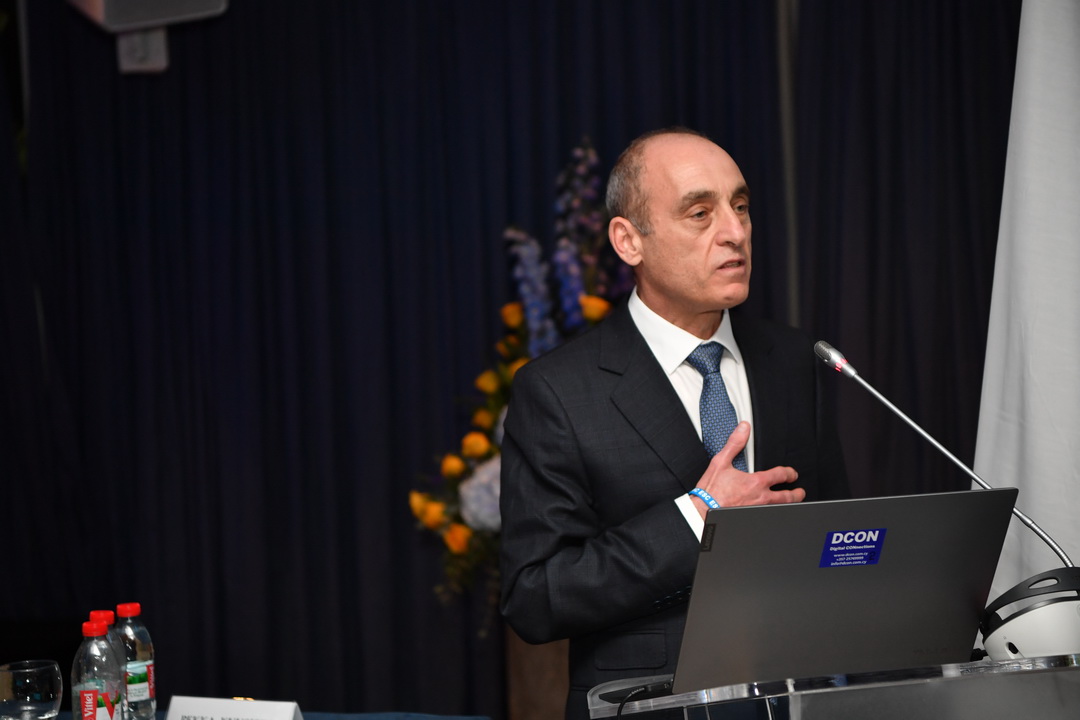 During the first day a lot of different reports were heard. One of the most interesting reports was the one of shooting sport marketing and promoting held by Mrs. Anna Leshchikova, ESC Presidium member. She mentioned it is very important that we create image of the shooting sport of good quality and publish it in all modern media.

- We need TV but we need Internet and other social media as well. Our sport must look nice for spectators. That is why we have to work hard for this. We have done a lot to improve the image of our sport, said Mrs. Leshchikova.

In his report present/former ESC President, Mr. Vladimir Lisin, reminded that the places in Presidium are lotto victories. They are places for hard work. Mr. Lisin also wished that the good development would continue.

The most interesting moment was of course the election of the new ESC President. There were two candidates: Italian Luciano Rossi and the ESC/ISSF Secretary General Alexander Ratner.

Ratner represented his large program before the election. His program included many important points like continuing, improvement, innovations, supporting Member Federations and athletes, and young generation.

Rossi reminded about the responsibilities of environment issues. He also said that he will be the friend of all shooting sport. Rossi informed that if he will be elected as the ESC President, there will be a female Secretary General.

The election was held by secret paper voting. At the election there were totally 95 votes. When the Chairwoman of the Elections Committee, Ms. Elena Allen, asked participants to sit down, the hall became silent.

Alexander Ratner thanked Rossi for participating in the President elections. He also reminded that the ESC must be united family, «in that way we can be strong».

- I will fulfill that what I promised today in my program, the new ESC President finished his speech.

The General Assembly accepted the new ESC Statutes and General Regulations as well.

Tomorrow there will be voting for ESC Presidium and host cities of further European Championships.