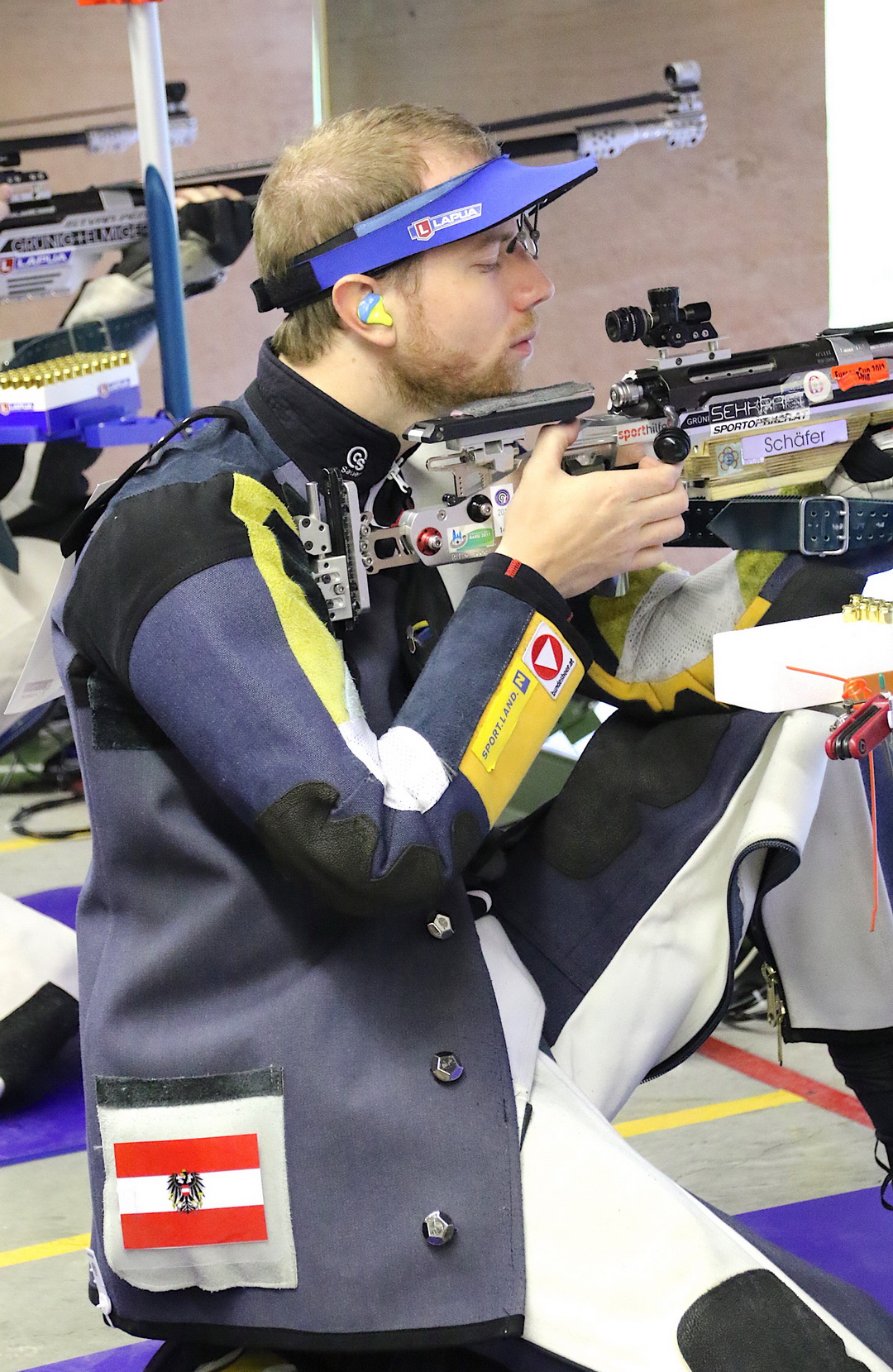 When Pickl was finishing his shooting the audience was waiting his last shot: is he able to make a new record. And he did it, even his last shot was only eight (8).

«Incredible feeling. This was a very hard competition for me. I was the only Austrian who could pass the Elimination. It made more pressure too. During the last week my shooting has not been on the best level. I have had to travel a lot and yesterday I got a little bit sick too, but now I can’t tell you how I feel now. This is incredible», tried the world record breaker to explain his feelings.

Swedish Karl Olsson equaled the old record by shooting 590 (198-200-192). Norwegian Simon Claussen made the result 589 and won bronze with the better number of inner tens before Hungarian Istvan Peni.