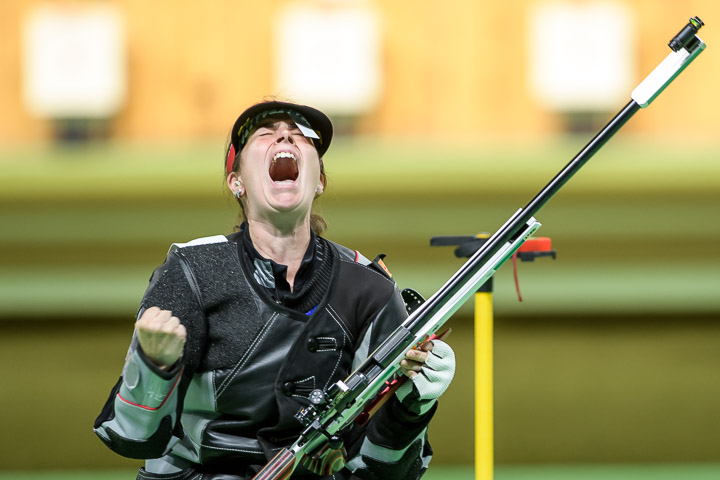 Barbara Engleder from Germany completed the list of Olympic Champions in Rio. On Thursday, August 11, she won the 3 Positions Rifle Women event with a 0,2 points advantage over the runner-up Zhang Binbin from China. Another Chinese shooter, the 2008 Olympic Champion, Du Li finished on the third position.

Besides Engleder there were four more European shooters in the final. Petra Zublasing from Italy finished on the fourth place, Olivia Hofmann from Austria - on the fifth, Nina Christen from Switzerland – on the sixth and Adela Bruns from the Czech Republic – on the seventh.

Barbara Engleder has joined Anna Korakaki from Greece, Niccolo Campriani from Italy and Josip Glasnovic from Croatia in the list of 2016 Olympic Champions in shooting from Europe.

After completion of nine events of the shooting program the European athletes won 4 gold, 5 silver and 5 bronze medals at the Deodoro Olympic Shooting Centre.