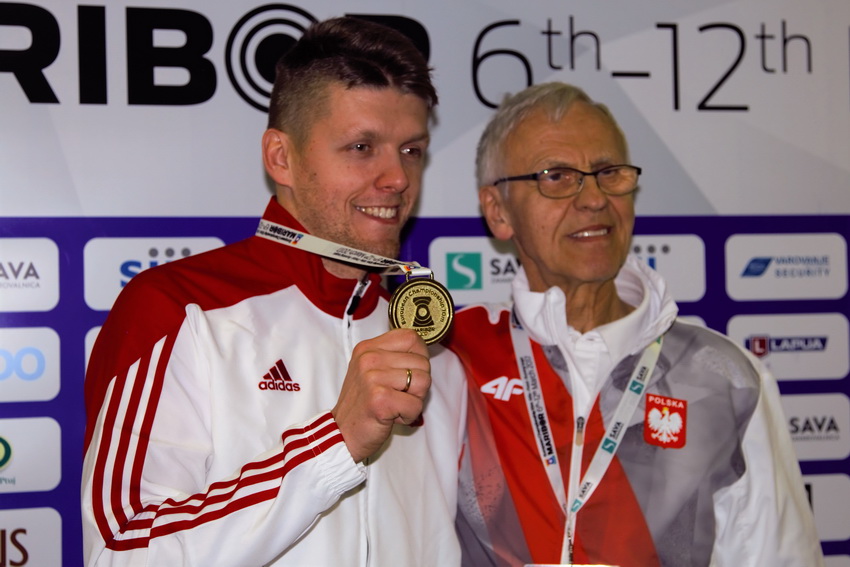 In Running Target 30+30 Men Competition Lukasz Czapla (POL) returned to gold. After the Qualification Czapla was on the third position after Shchepotkin (RUS) and Swedish Jesper Nyberg, the fourth was Vladislav Prianishnikov (RUS).

In the Semi-finals Czapla didn’t give any possibilities to Jesper Nyberg. Czapla beat Nyberg clearly 6-1. In the second Semi-finals Shchepotkin beat Prianishnikov with the result of 6-2.

In the bronze match Prianishnikov beat Nyberg with the result of 7-5.

Polish Lukasz Czapla returned to the golden podium by beating in the gold match Russian Vladislav Shchepotkin with the result of 6-4.

«Like always, this is a great feeling for me. I’m trying my best in every competition, European or World Championships and I think this is my fourth European title. It was difficult in gold medal match and it was a tough fight, but I believed in my strengths and I’m very happy at this moment», told happy European Champion.

In the team competition Russian Federation ruled just like yesterday. They won the European Championship with the difference of 28 points ahead of Sweden. The winning result was 1739. Silver and bronze medals travelled to Sweden and Finland also like yesterday. The Russian Team consisted of Vladislav Shchepotkin, Vladislav Prianishnikov and Maxim Stepanov.

In the team competition Russian Federation won the gold medal like yesterday with the result of 1112 by beating Ukraine (1107) with the difference of five points. The bronze medal winner was Hungary (998). The gold medal team consisted of Olga Stepanova, Galina Avramenko and Irina Izmalkova.