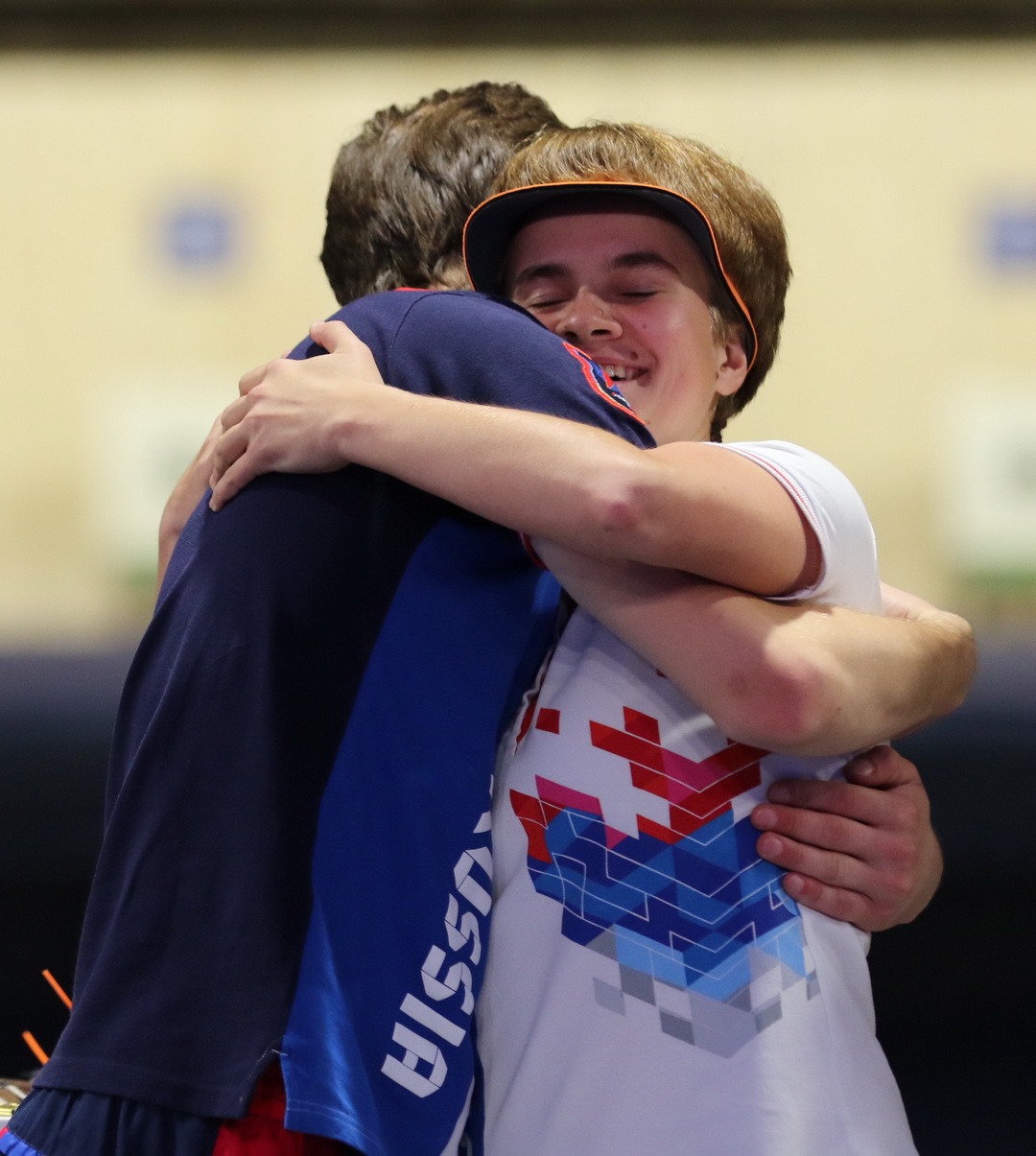 The 50m Pistol Mixed was competed first time this summer in Minsk European Games. The feedback was so positive that it was also added to the official program of European Championship.

After the qualification and semi-finals four teams continued into the final: Ukraine, Lithuania and the both teams of Russian Federation (1 and 2).

In the finals the next series will start from zero and always the team who has shot the lowest result will be dropped out. The Lithuanian team who has shot well in semi-finals was the first unlucky who dropped out from the medals after the first series. The medal match was fight between two Russian team and Ukrainian team.

After the second series the next team who dropped out was Ukraine. The third and last series would decide which of the two teams would win the European Championship. Finally the Russian Federation 1 was better and took the victory with the difference of 2.4 points.

The team 1 consisted of Nadezhda Koloda and Andrei Chilikov. Their series in the final were 90.3 – 92.8 – 87.4. The Team 2 consisted of Albina Bevz and Egor Vyskrebtsev (series: 88.2-87.7 – 85.0). The bronze team of Ukraine consisted of Nadiia Shmanova and Ihor Solovei. Lithuania was the fourth and it consisted of Gabriele Rankelyte and Karol Belevic.