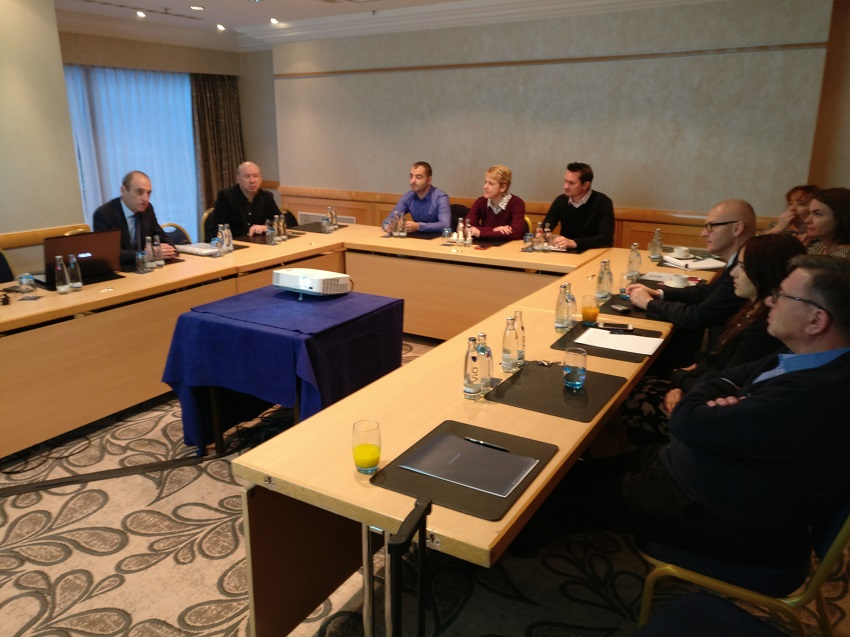 Elena Allen, three times Olympian and winner of three medals at the ISSF World Championship in Skeet, has been unanimously elected Chairman of the ESC Athletes Committee by members of the Committee. The voting took place during the meeting in Munich on February 18, 2017.

It was the first meeting of the ESC Athletes Committee after its six members were elected by participants of the 2017 European Championship in Baku, Azerbaijan. Five of them, Elena Allen, Josip Glasnović, 2016 Olympic Champion from Croatia, Vladimir Isakov, two times Olympic medalists from Russia, Laura Georgeta Coman-Ilie, winner of the 2017 World Cup in Munich from Romania, and Valérian Sauveplane, winner of several medals at the European Championships from France, were present at the meeting and took active part in the discussions. The same day Olena Kostevych, 2004 Olympic Champion and winner of two Olympic medals in 2012 from Ukraine, gave birth to a child and received the warmest congratulations from her colleagues.

The Agenda of the meeting included several important items including discussions on how to make the shooting competitions more attractive for the public and TV audience and how to establish a better contact between the athletes and the officials. The members of the Committee were informed about the possible format of the shooting competitions at the 2nd European Games in Minsk and about the ESC proposals on the continental championships where the 2020 Olympic quota places are to be distributed.

The Athletes Committee supported the plan to dispute the last Olympic quota places in April-May of 2020. It was also decided to organize a meeting of the athletes with the ESC officials during the 2018 European Championship 10m in Gyor, Hungary, in order to update the athletes with the valid information on the current activities.

The ESC Vice-Presidents Pekka Kuusisto and Petros Kyritsis, the Presidium member Anna Leschchikova, the Secretary General Alexander Ratner as well as the Chairman of the Press and Promotion Committee Risto Aarrekivi were also present at the meeting.