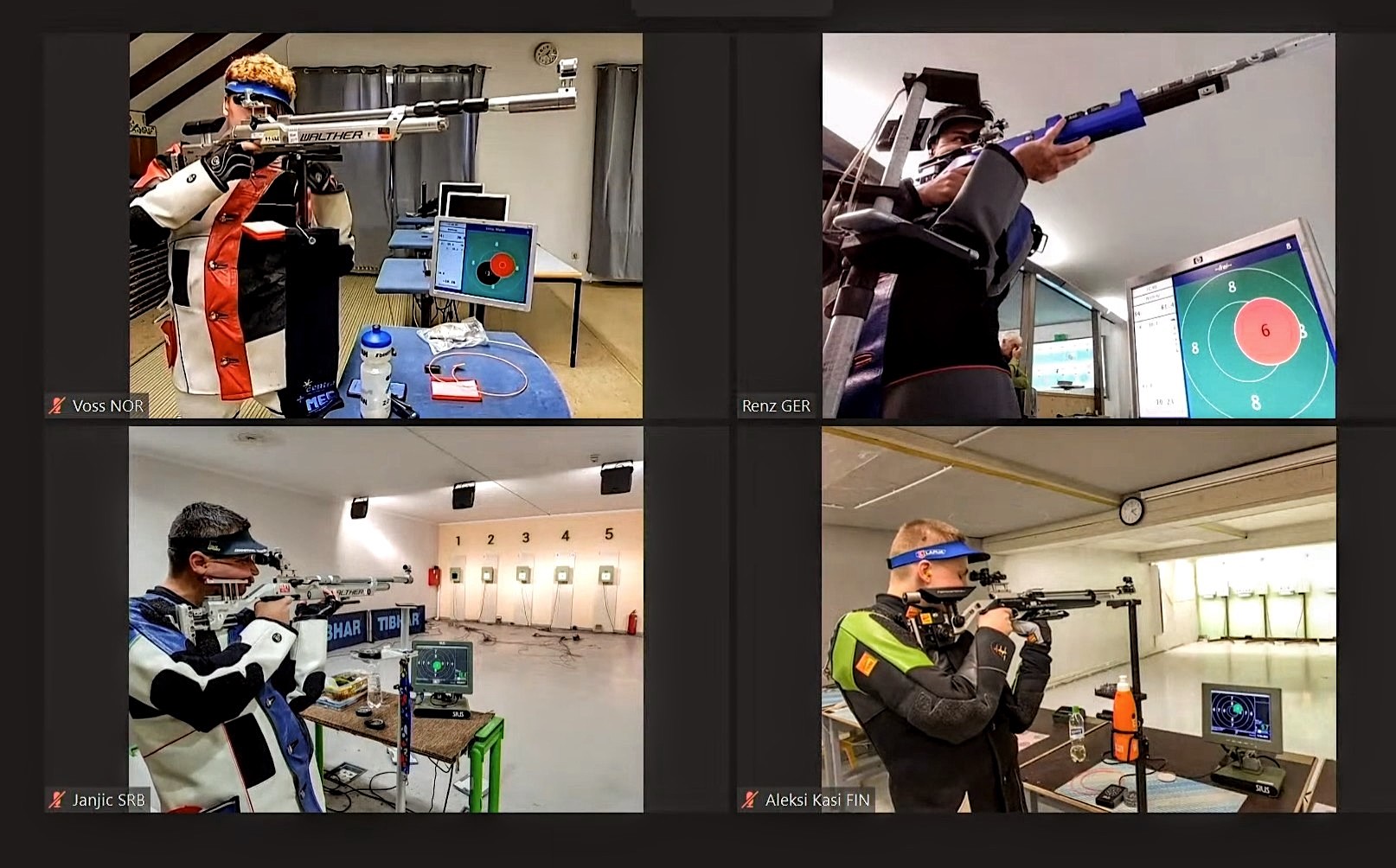 Over 1000 athletes completed their entry form, although unfortunately, Covid-19 proved a challenge and, as you know, resulted in the closure of ranges for a prolonged time. It therefore meant that some of the athletes couldn’t take part in Air Cup or other competitions at their own ranges. We took what action we could by extending shooting dates and delayed publishing results. We believe that even with the difficulties we all experienced, the competition worked quite well, with over 120-150 athletes per discipline, being able to shoot all required rounds.

The Air Rifle Men started the SuperFinal on Saturday afternoon. Norwegian Martin Voss, Finnish Aleksi Kasi, German Andreas Renz and Serbian Djordje Janjic had managed to reach the place into the Semi-finals. In the pair one competed the youngsters; 19 years young Aleksi Kasi and one year older Martin Voss. Voss won finally the match 2-1 and received the place to the Gold Match, Kasi to the Bronze Match. In the second pair met Andreas Renz and Djordje Janjic. Renz did not give any possibilities to Janjic and won the match 3-0 and place to the Gold Match.

The Bronze Match was interesting to see, while the Finnish Aleksi Kasi (19) is starting his career and Serbian Djordje Janjic (41) is continuing his long lasting shooting period. The athlete who first won 4 points won the set and two sets was needed to win the match.

Aleksi Kasi won the first set clearly 4-1 and it looked to be quite easy game to him. In the second set Serbian Janjic showed that he does not give the match and won 4-3.

It was needed the third set to solve the Bronze medal winner. Both athletes showed their best, Kasi shot even 10.9 ! Kasi won the set finally after exciting moment finally 4-3 by shooting in the last shot 10.2 instead of Jancic’s 10.0.

German Andreas Renz (33) and Norwegian Martin Voss (20) met in the Gold Match. Renz had show nice shooting in the Quarter and Semi-finals. But same had done the young Norwegian too, who a little bit surprisingly reached the place to Gold Match.

- This was different as usual compared the ISSF rules normal finals. This was even more interesting, because of the single shot, told clearly happy winner German Andreas Renz.

Svetlana Yakovleva started strongly and she was leading 2-1 the first set of the Bronze match. Unfortunately she couldn’t keep the lead when Gallien started her run. The first set went for Gallien with result 4-2.

Yakovleva started fine the set and she was leading 3-0 the set. Then something happened and Gallien passed away when Yakovleva’s shooting changed someway nervous. Gallien won four next shot and finished her Bronze Match with 10.5 hit. Gallien won the Bronze 2-0.

The 17 years young Naina Gogoleva won gold in Air Pistol Women. She competed against Hungarian Klaudia Palanki. Both shooters were clearly excited in the beginning. Gogoleva started strongly and took the first point by shooting 10.2. Palanki didn’t give up and won the second point with 10.0 hit. Gogoleva looked after that quite calm and concentrated and won the next three shot by shooting 10.1 and two times 10.3. Gogoleva was leading after the first set.

Palanki started the second set by winning the first point. Gogoleva didn’t got nervous at all and made three excellent hits (10.5, 10.6 and 10.7) and took the lead 3-1. It looked that the game is clear, but the Gogoleva lost a little bit her focus and lost the next shot. Gogoleva was still leading 3-2 and she needed one more point for victory. A stuff situation for both. Naina Gogoleva made 9.6 and Palinki couldn’t beat her with 8.5 hit. Gold for Gogoleva, silver to Palanki.