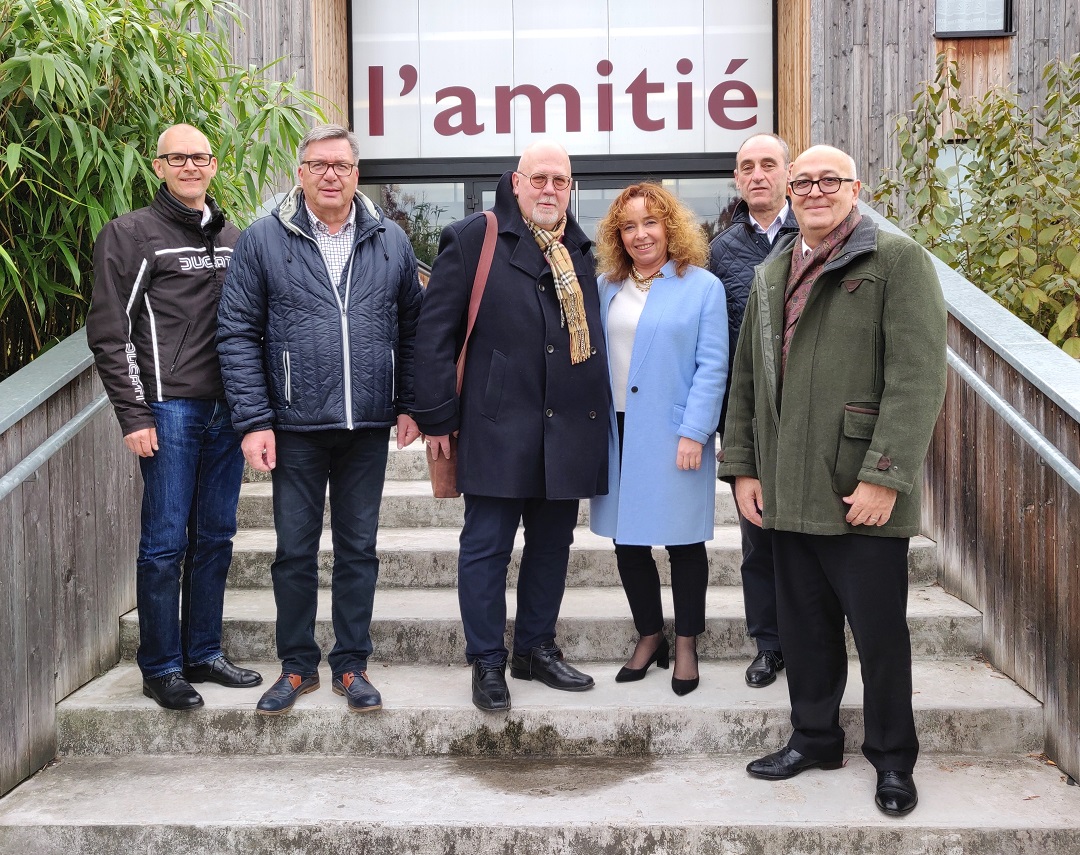 The Meeting of the ESC Press and Promotion Committee (PPC) was organized from the 26th to 28th October in Strasbourg, France. The French Shooting Sport Federation hosted the meeting.

There were many interesting issues on the Agenda.

The main issues were the Manual (Guidelines) for the TV Programme, the plan of the TV Camera places and the guidelines for the final ranges: colours, decorations and advertising.

"These guidelines and manuals will be attached into the ESC Hosting Agreement of the Championship in the future. The Committee also suggests to Presidium that the Pre-Agreement of the TV and Video Broadcasting will be included into the bidding materials of the Championships, so the Hosting Federation will know the promotional needs. We want to show sport drama and the final ranges are our stages of the Shooting Theatre. Athletes are the main actresses and actors, judges and jury members in side roles", explains the Chairman of the ESC PPC Risto Aarrekivi.

The committee also discussed about the more linear co-operation and communication between all the committees.

"The technical part of the competitions is of course important so that everything runs under the rules, but the impression and picture of the finals is also as important as the technical part. These together will create the showcase of shooting sport. That is why we have to have more common discussion with other committees. It is important that everybody knows our common goals we are working for", reminded the Presidium Member Anna Leshchikova.

The Committee also had a presentation of the Lapua marketing in the Lapua European Cup 25m Pistol and 300 m Rifle. Lapua is the title sponsor in these events.

The Committee also made the nomination proposal for the Media Officers in the European Championships and other ESC directed events. The 10m, 25m, 50m, 300m Pistol and Rifle Championships will be organized in 2019 as well as the championships of the Shotgun and Running Target too. Important events will be also the SIUS European Youth League Championship and Lapua European Cup Final.