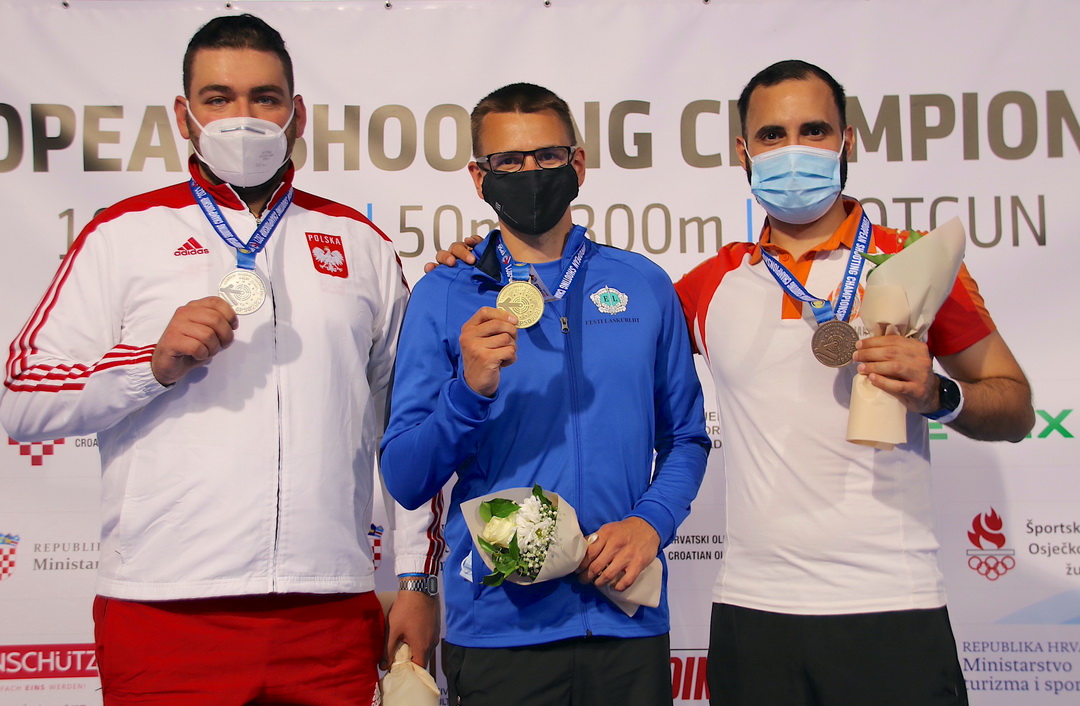 His result was 584, his precision was 289 and quite far for the top. But as we know there is two stands in 25m Center Fire Pistol: Precision and Rapid. Peeter has been and is good, even better at Rapid part. So he was today too, he made 295. The Silver medalist Oskar Miliwek (POL) shot the same result, but as it happens quite often, we have to count the inner tens. Olesk shot 25 inner tens instead of Miliwek’s 17! That was the difference which solved the Gold medal for Estonia and Peeter Olesk. The Bronze medal winner was Azerbaijan Ruslan Lunev with result 582.