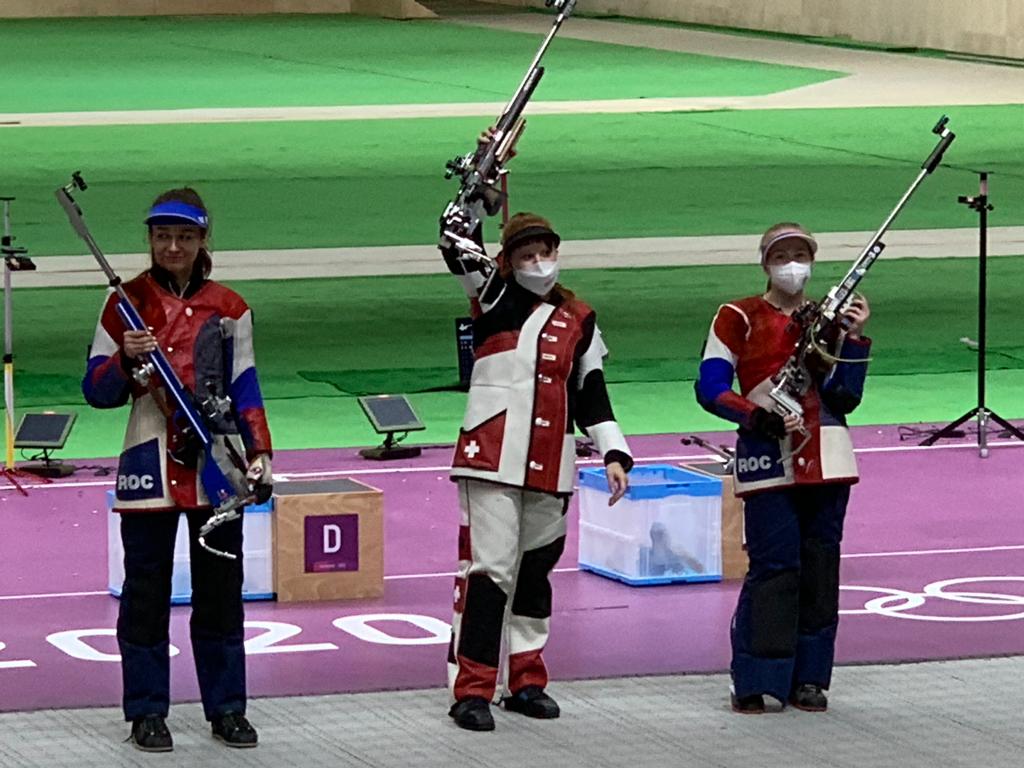 Medals were distributed today in 50m Rifle 3 Positions Women and - for the very first time - in the Trap Mixed Team events.

In Bronze medal match Madelynn Ann Bernau and Brian Burrows from USA beat Zuzana Rehák-Štefečeková and Erik Varga from Slovakia in a bitter struggle. Fate of the third place was decided by the shoot-off.

Congratulations to all medalists and finalists!