Excellent day of Skeet shooting in the ECH! 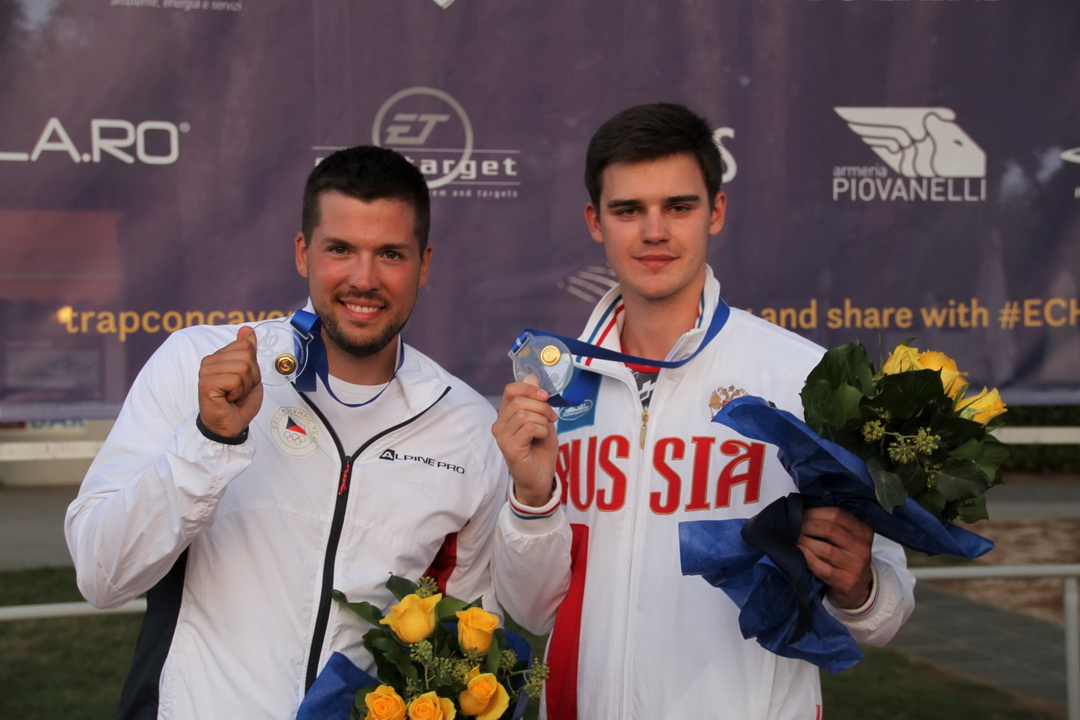 It was a day of excellent Skeet shooting in the ECH!

Emmanuel Petit (FRA) equalized the World Record, and Jakub Tomecek (CZE) won the gold medal in Skeet Men after an exciting shoot off. Aleksandr Ivanov (RUS) was number one by one point in Skeet Men Junior. Two quota places for Tokyo 2020 were obtained by Nikolaos Mavrommatis (GRE) and Dimitris Konstantinou (CYP).

The European Championship Shotgun continued on Saturday at the “Trap Concaverde” Shooting Range in Lonato. The weather conditions were again perfect – like all this week.

Skeet Men and Skeet Men Junior finished their competition today. They both shot the last 75/125 targets and the finals.

Emmanuel Petit (FRA) was on the top position after the qualification of Skeet Men. He had a perfect day in perfect conditions: he hit all 125 targets and equalized the World Record. He told that his former personal best was 122. Jakub Tomecek (CZE) and Nikolas Mavrommatis (GRE) did very well too, both finishing the qualification with the result of 124.

After the shoot off the last three places in the final took Delaunay, Konstantinou and Tammaro.

Because Tomecek already had the Quota Place for Tokyo 2020 and Italy and France had the maximum number of Quota Places (2), it was clear before the final that the QP´s were obtained by Mavrommatis (GRE) and Konstantinou (CYP).

The best of the Skeet Men final was Tomecek, who did a very good shooting. He won the European Championship gold medal after a tight competition with Tammaro. Tomecek took the lead in the early final and was leading after 20, 30 and 40 targets. Tammaro took the lead after 50 targets (47-46), but after 56 targets the score was a tie (52-52). The last four targets and: 56-56!

In the exciting shoot off Tomecek hit 12 targets and Tammaro 11.

– It was a very long day and not easy, Tomecek said with a European gold medal.

– The weather was perfect, and I managed to keep my skill and shooting level in a good level. In the shoot off I kept telling myself that hit ever target and wait for his mistake. Now I really wait for Tokyo, because the Olympic Games are the best possible games. I hope I do there better than in London 2012, said Tomecek who missed Rio de Janeiro 2016.

Mavrommatis hit 45 targets and finished in the third place. Delaunay finished in the fourth place (34). Petit was the fifth (26) and Konstantinou took the sixth place with the result of 17.

The ECH in Lonato continues on Sunday with the Skeet Team finals (QF-SF-MM).