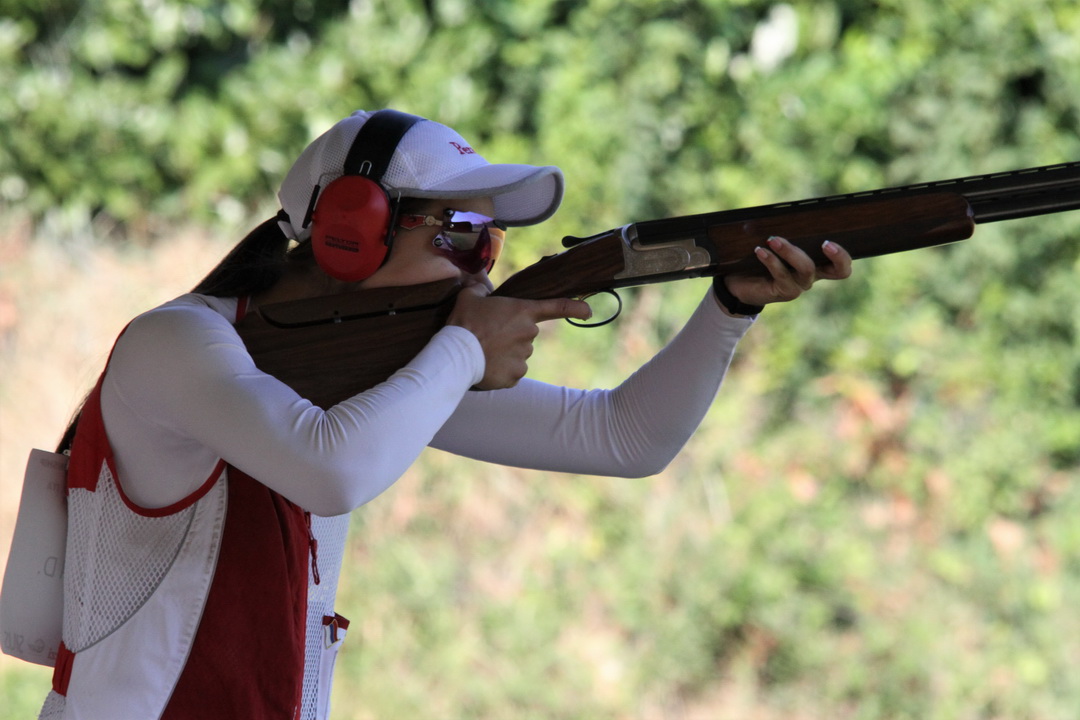 The first day of a competition in the European Championship Shotgun finished in an interesting situation. Both qualifications – Trap Women and Trap Women Junior – are very close, which means there will be an exciting day coming up tomorrow.

The European Championship Shotgun competitions started today at the “Trap Concaverde” Shooting Range in Lonato. The shooting conditions were perfect on Wednesday. The temperature in the City of Lonato del Garda was +27 Celsius, and there was hardly any wind.

The first events of the ECH are Trap Women and Trap Women Junior. Women and Women Junior both shot 75/125 targets today, and the last 50 targets and the finals are in the program on Friday.

Fiammetta Rossi (ITA) hit the best result in Trap Women. Her result was 73 which was the only result over 70 points in Trap Women. Julia Saveleva (RUS), Maria Quintanal-Zubizarreta (ESP) and Jessica Rossi (ITA) are following her with the result of 69, respectively.

Italy did well overall today. Sofia Littame (ITA) is in the lead in Trap Women Junior with the result of 70. Mar Molne Magrina (ESP) is in the second place (69) and Jessica Hayward (GBR) in the third place (68).

In Lonato athletes will compete for the medals and for 8 Tokyo 2020 Quota Places - 2 in each of the individual Olympic events: Trap Men, Trap Women, Skeet Men, Skeet Women.

Six of them are competing in ECH Lonato: Makela-Nummela, Galvez, Cormenier, Couzy, Rossi and Stanco.

Trap Men and Trap Men Junior starts on Friday, and the finals are on Saturday.