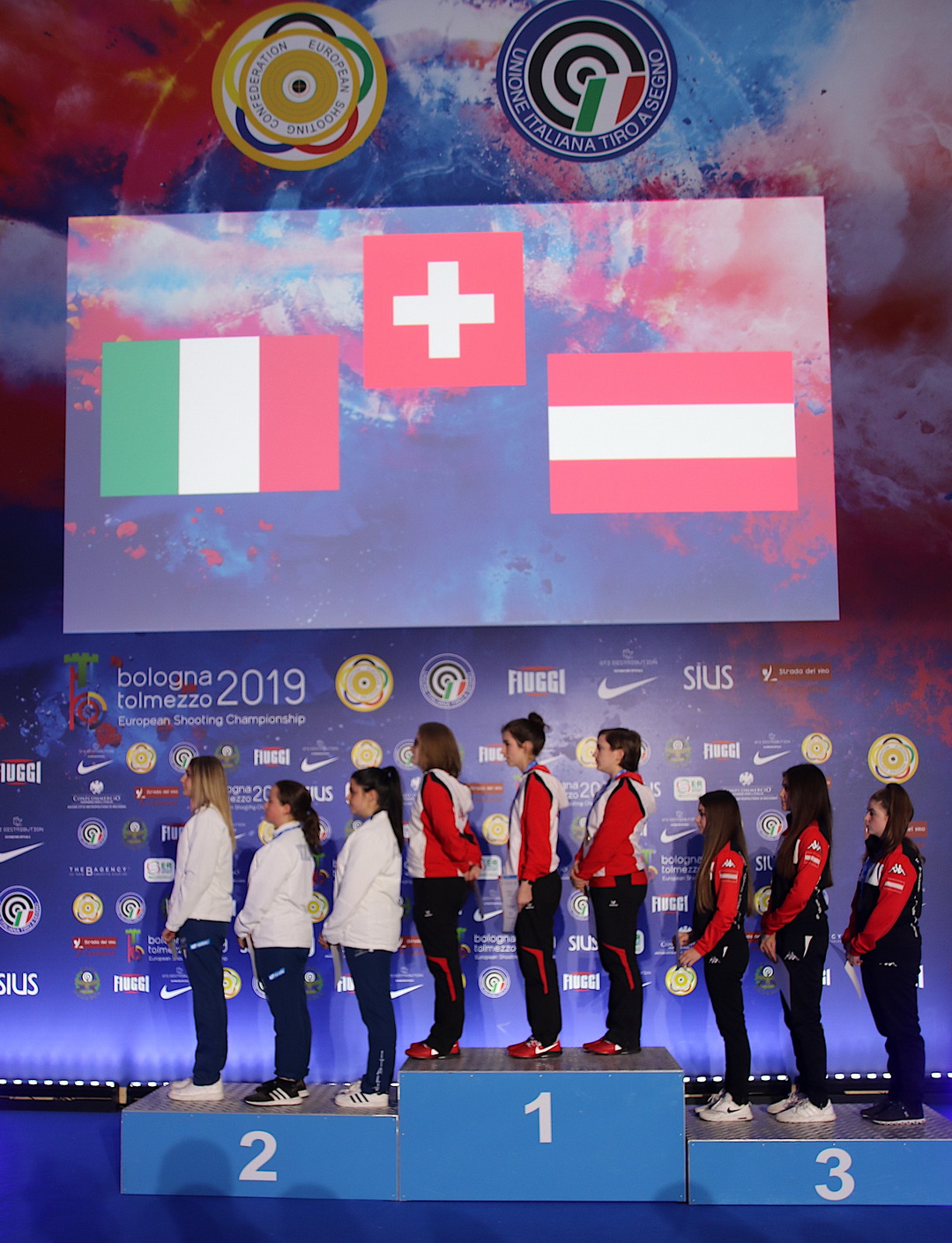 The second competition of Saturday was the 50m Rifle Prone Women Junior.

The finish of that competition was ever so exciting that you really could believe. After the 60 shots the Gold and Silver medalists both had shot the same result 619.3! The winner and gold medalist was finally Swiss Valentina Caluori while she had better last series (103.4) than silver medalist Italian Sofia Ceccarello (102.7).

"This is something that I have dreamed. I did not have any idea what is going on, I made only my shooting. This is my first European Championship gold ever. Wonderful, but I can’t celebrate long time while tomorrow I have the next competition. This is so great!", said the new European Champion tears in her eyes when she heard the result from her team mates. Valentina Caluori has trained shooting sport about seven years.

The Bronze medal winner was German Melissa Ruschel. She shot 618.3.