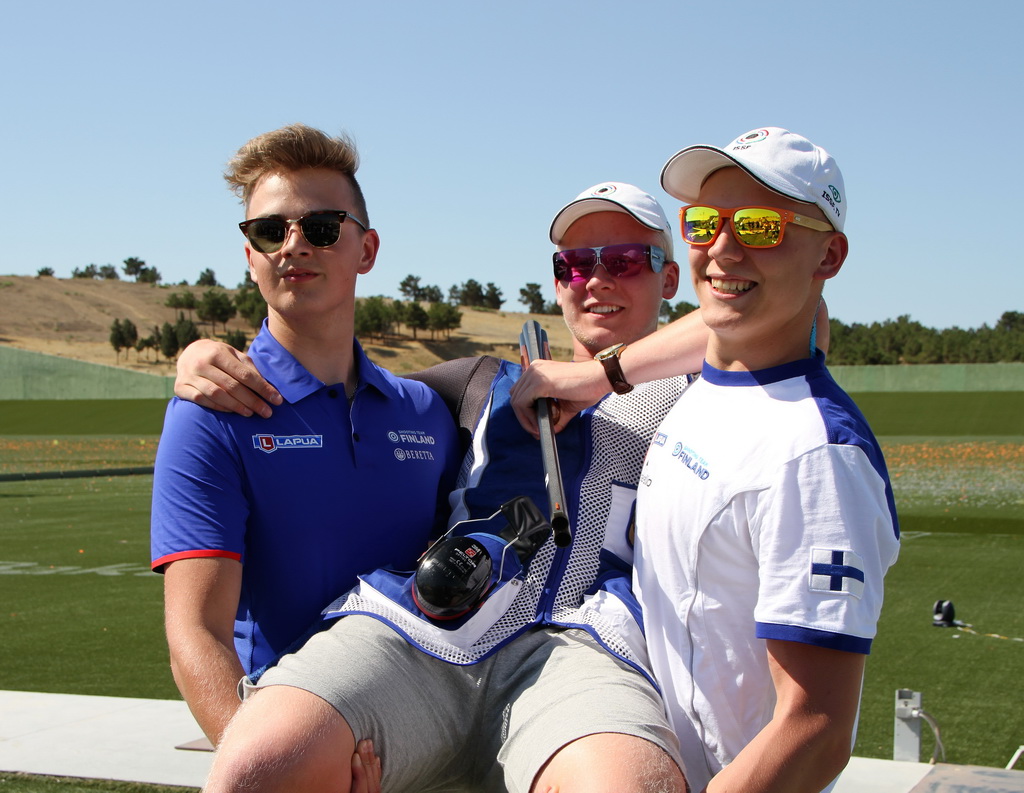 The Eyes of the Finnish were today brighter than until before. And the reason was of course Vili Kopra who won his first European Championship and the team got silver in team competition. Vili’s victory was nearly superior while won gold with the difference of six clays before Italian Teo Petroni. The Qualification winner, Italian Emanuele Buccolieri got bronze. Vili Kopra made a new World and European Record in Final which is now 41 clays. Petroni hit 35 clays and Buccolieri 28.

“Now I’m feeling great. My results were good, but expected that the results could be higher. Probably the wind and heat was the reason but however, it was fine to shoot. Now some holiday and I wish to go army. I wish they elect me to the Miliary Sport School so I could practice a little bit more”, answered Vili during the congrats of the Finnish team and other athletes.

Team Italy won the team Competition European Championship before Finland. The winning team result was 342. Finland made 329 hits. Third was France with result of 322.

“I’m satisfied and very happy and also alittle bit tired after hard competition. This Championship is very important for me while won the Championship after fifteen years. I have some silver and other medals before but 2002 in Lonato I won the Championship last time. I’m especially happy now, I made some changes this year, I changed my gun for example, but result was. After 20th shot I knew that from medals in the end will compete Glasnovic, Gernogoraz and me. It hard to compete against them but today I managed to do it”.

The best of the team competition was Portugal (351), silver went to Croatia(350) and bronze to Czech Republic (348). The Portugal team consisted of Joao Azevedo, Jose Manuel Bruno Faria and Jose Silva.