France was the best in 25m Rapid Fire Pistol Team 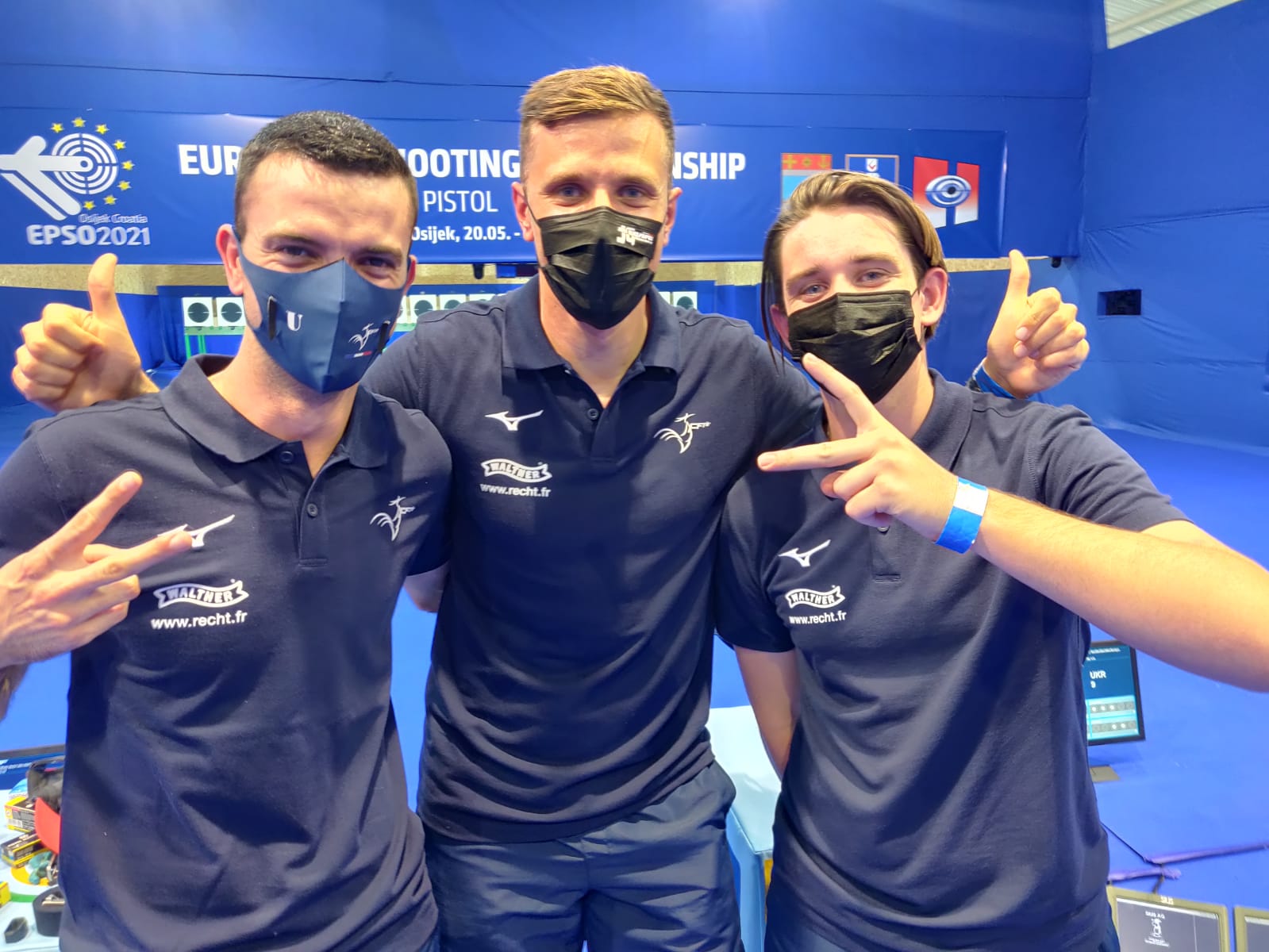 In the Medal Matches of the 25m Rapid Fire Pistol Team competition it was seen two exciting matches.

First in Bronze match Czech Republic beat Poland. Czech team was leading honestly the whole match, but Poland didn’t give up and reached Czech team slowly, and the situation was tie (7-7). Czech team made in last series 8 hits instead of Polish 7 hits. Bronze to Czech team.

The Gold Match was nearly of the same kind. France was leading but at the same time Ukrainians made also good hits and then the situation was also tie 8-8. Jean Quiquampoix shot couple times full score (5 hits), Clement Bessaguet made good and important hits and the match was over when in the last series Yan Chesnel managed hit one hit more than Polish Oleksander Petriv. Anyway it was absolutely good Gold Match.