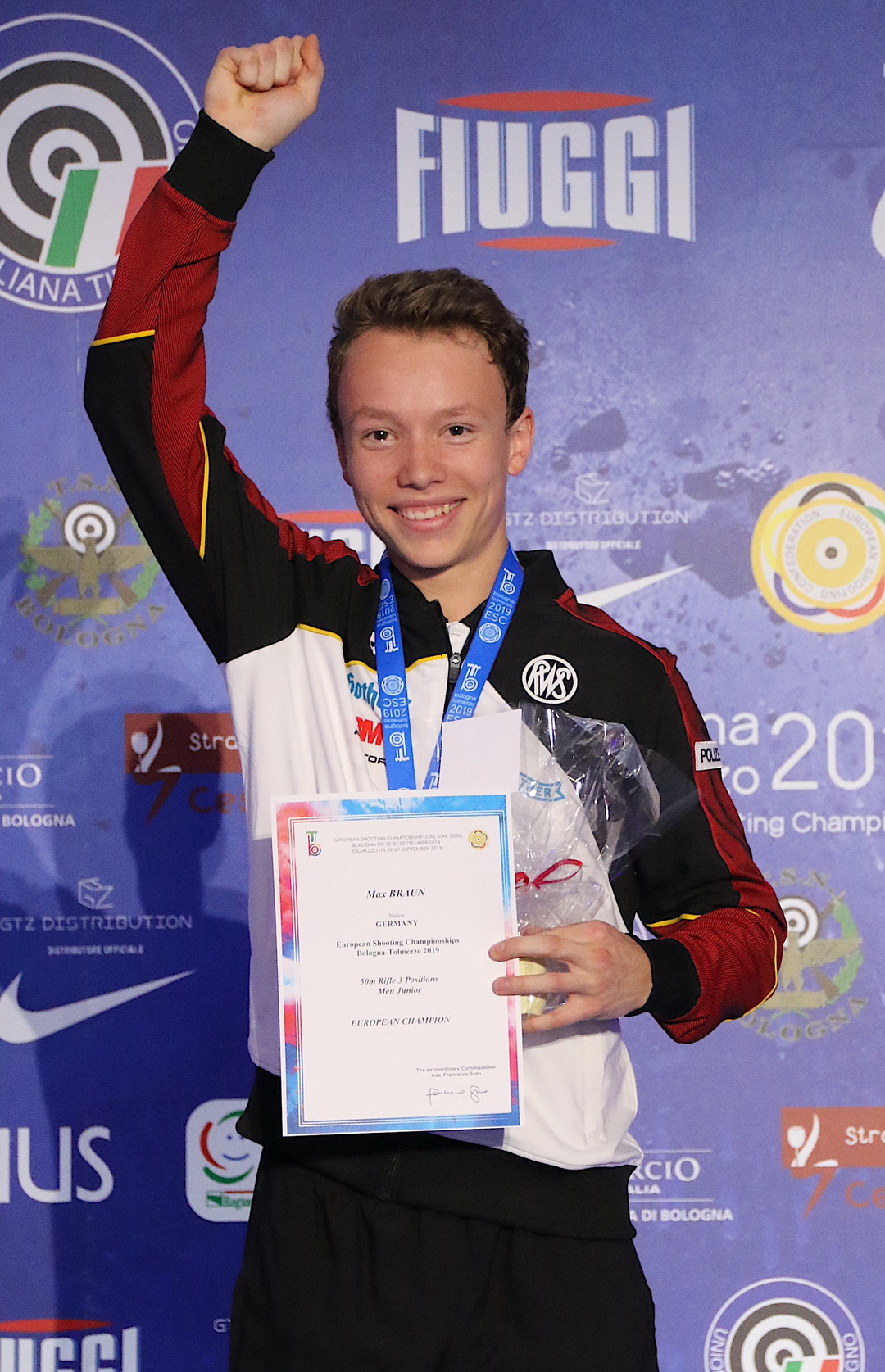 The day was German juniors when speaking about the 50 m Rifle 3 position competitions.

Earlier Sunday afternoon Max Braun showed his skills in Men Juniors final and in the last final Anna Janssen continued the same road. Both German athletes were crowned as new European Champions in the awarding ceremony at Bologna Shooting Center. Anna Janssen had probably some diamonds in her crown as Max Braun while she made a new World and European record.

"This was for me very hard final, extremely difficult. Everybody waited gold from me and that grew more pressure. Someway I managed to handle it anyway. I’m very happy that the final is now over and I have gold in my pocket. The only medal so far is from Osijek 2019 when Germany won European Championship bronze in 10m Air Rifle and this is my first European Champion and that’s why it was so important and difficult", explained Max Braun when he was waiting for the awarding Ceremony.

German Anna Janssen followed the road that her team mate had opened few hours before. The final was not at all easy for Janssen. Italian Sofia Ceccarello was leading still after the two first positions, but then the sound in the clock changed. Janssen took the lead after the first standing shot series and kept it to the end. Ceccarello fought hard but she couldn’t finally beat Janssen, the difference in the end was exactly one point.

There was a little bit drama during the final while the scoring target did not work correctly at lane B where Czech Sara Karasova was shooting. And it happened even twice for her. After the second fault the jury changed her place and she was finally fifth after all this hassle in the end of the final.

Bronze medal traveled like gold too to Germany when Janssen’s team mate Melissa Ruschel made a strong standing shooting.

Germany won also gold in the team competition. Victory result was 3472. The golden team consisted of Johanna Tripp (1158), Anna Janssen (1157) and Melissa Ruschel (1157). German by the way was the only team who had all members at Individual Final.