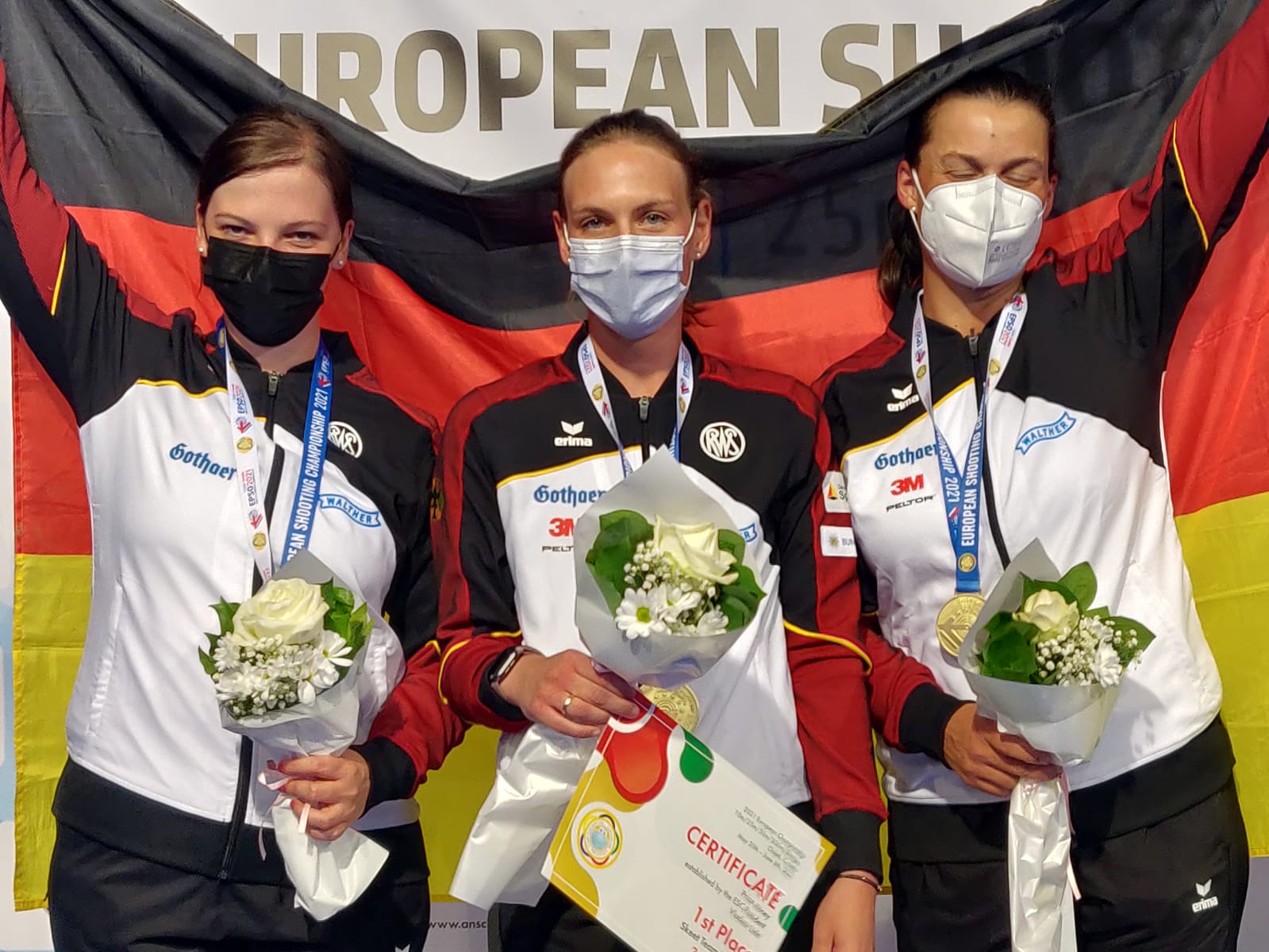 Germany team Nadine Messerschmidt, Karin Butterer and Christine Wenzel have a good reason to celebrate while now they are the new European Champions.

We can say that it was a cheerful surprise. In the Gold match they beat always strong Italy 6-4. Team Italy consisted of familiar names: Diana Bacosi, Martina Bartolomei and Chiara Cainero. Team Italy got Silver.

It is nice to watch such sport where you can feel that the athletes have the right attitude to win. Team Cyprus Menelaos Michaelidos, Nicolas Vasilou and Georgios Achilleos were full of energy and will of victory. And I’m sure that Russian Team had the same attitude. Doing the best must be enough. Any way Russian shot well but Cyprus shot a little better and won the Gold Match with result 6-2.

Italy had to settle this time for the Bronze match in which it met Czech Republic. Italian shooters have used to win Sand they hate to lose. Probably that was the little thing that gave them an extra power. They wanted to finish the championships with victory and they did. Czech Republic made their best but it was not enough time. Bronze to Italy with result 6-2 too.