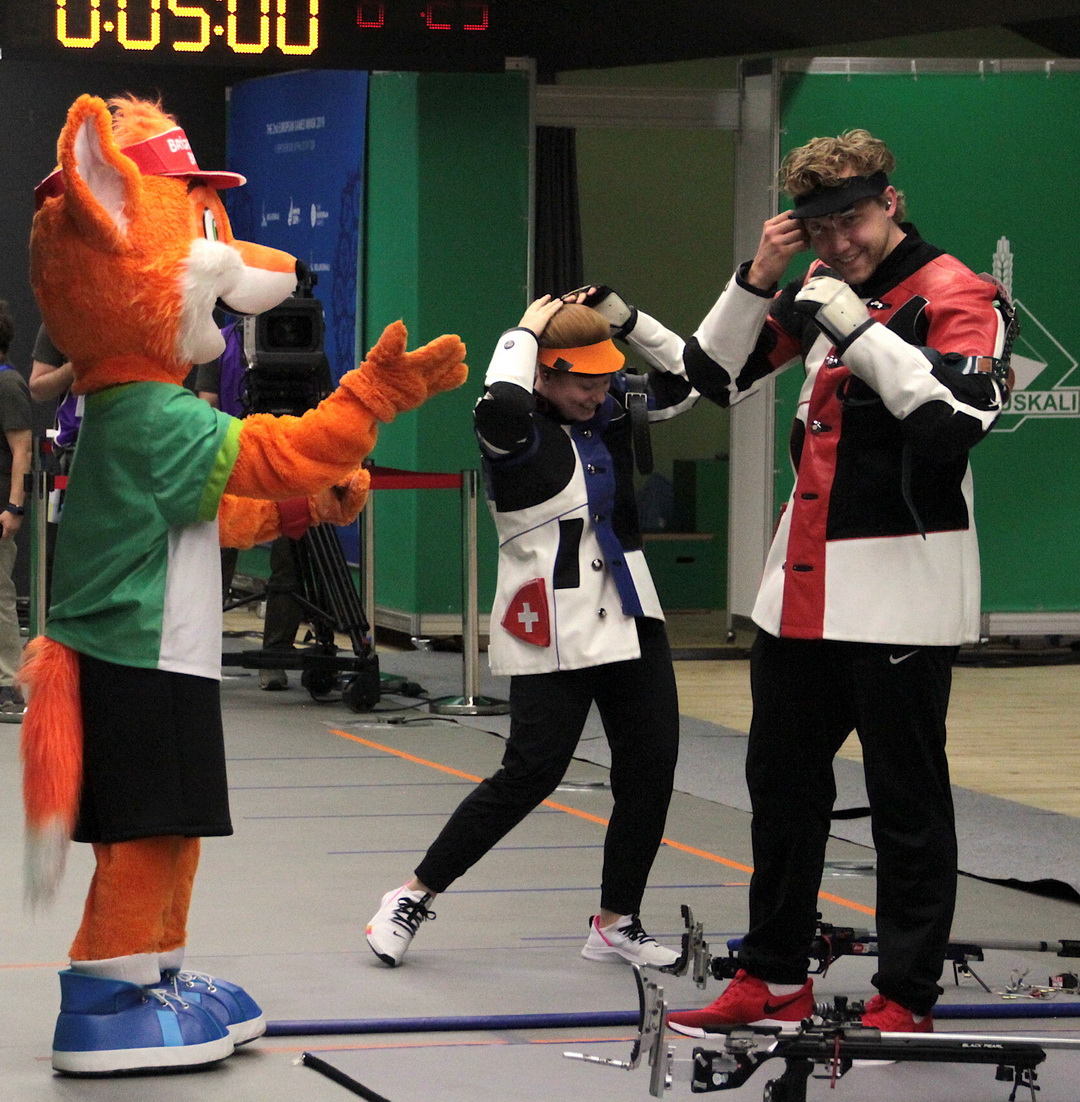 Totally 26 teams competed from the European Games Championship. The road of Swiss team started from Qualification normally. Swiss team 1 was third in qualification, which won Russian team 1, Germany 1 was second. Russian’s qualification result was 415.5 and Germany lost to them 0.9 points but they were 1.5 points better than the Swiss team. The other teams which qualified to the semifinals were following: Switzerland 2, Austria 1, Belarus 1, Ukraine 2 and Germany 2.

In the Finals the sharpest was Switzerland (Nina Christen – Jan Lochbihler) who shot as victory result 209.5. It means that the average score was 10.475! Austria 1 lost gold finally with the difference of 2.9 points. Russian team 1 was third and Germany 1 was left fourth.

Medalists got a coin

After the final there was a small sympathetic moment when on old grand man came to meet the medalists and gave to every member of medal teams as a memory a one Ruble coin which were minted in the year of Moscow Olympic 1980. It was absolutely a sympathetic moment!

Pistol shooters started their 25m qualifications also today with Women 25m Pistol Precision and men had the 25m Rapid Fire Pistol, stage 1. The 25m Pistol continues tomorrow morning and in afternoon there will be the finals.

In Rifle side the Men will compete in 50m Rifle 3 Position and in Shotgun we can follow the Women and Men Skeet.