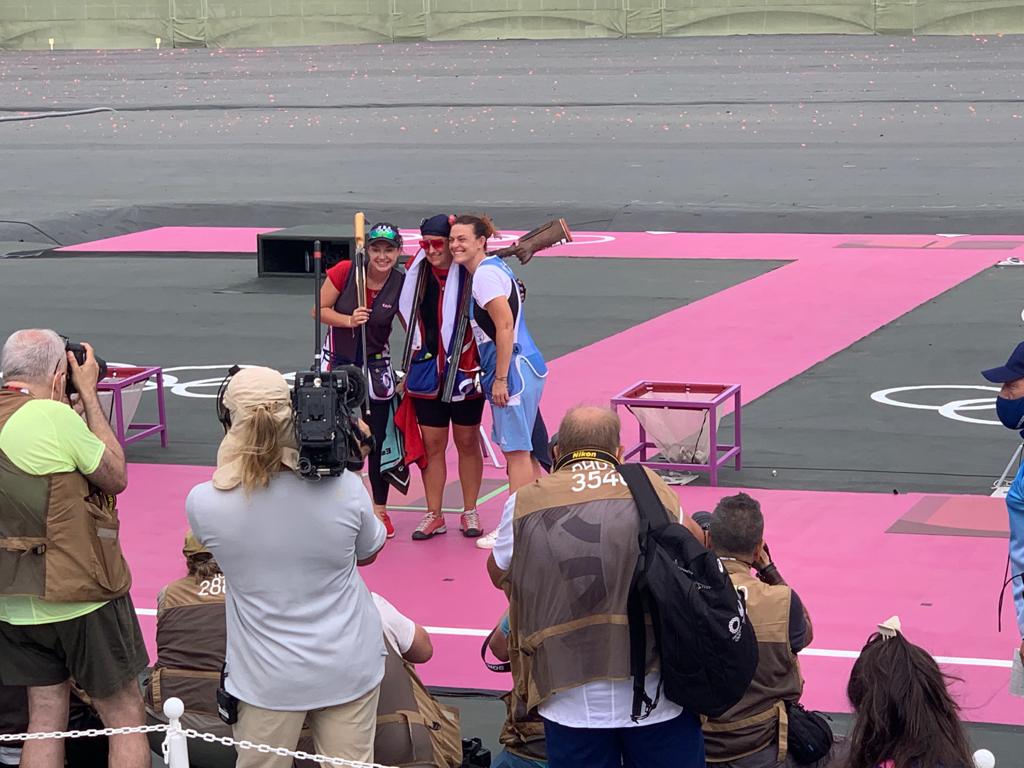 Slovakian Zuzana Rehák-Štefečeková won Gold having set a new Olympic record. It's the third Olympic medal for her: she has won two Silvers at previous editions of Olympics already.

Silver went to Kayle Browning from USA. Alessandra Perilli from San Marino got the Bronze winning the very first Olympic medal for her country.

In Trap Men medalists were determined in a bitter struggle. Fate of Gold and Silver had to be determined in shoot-off between two athletes from the Czech Republic.

The Golden medal was won by Jiří Lipták. He was more precise than his teammate, the 2008 Olympic champion, David Kostelecký.

Our sincere congratulations to all medallist!